When it comes to the stock market, everything’s always all good… until it isn’t.

And it’s been all good: U.S. stocks have been rallying for nine years, making successive all-time highs, with only sporadic bouts of profit-taking by the Nervous Nellies along the way.

But now, some huge investors – marquee names – are getting nervous.

And they’re letting people know about it, too…

Between them, these giants are pushing around close to $1.7 trillion in capital – more than enough for them to be able to make waves wherever they go.

I’m going to show you what to do if these whales are right; they just might be…

Ray Dalio, founder of Bridgewater Associates LP, the world’s largest hedge fund with more than $150 billion under management, believes the “magnitude” of the next downturn will be epic. “We fear that whatever the magnitude of the downturn that eventually comes, whenever it eventually comes, it will likely produce much greater social and political conflict than currently exists,” he recently said. 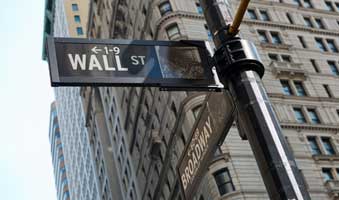 Naturally, founder and CEO of DoubleLine Capital Jeff Gundlach – the new “Bond King” – advises “moving toward the exits.” Gundlach’s reducing his positions in junk bonds, emerging-market debt, and lower-quality investments, because he believes investor sentiment will turn negative. “If you’re waiting for the catalyst to show itself, you’re going to be selling at lower prices,” he told Bloomberg.

Wall Street icon Carl Icahn, who regularly loads up on stocks and hits it out of the park, warns he isn’t seeing opportunities given how much stock prices have run up. “I really think now, I look at this market and you just say, ‘look at some of these values,’ and you have to wonder,” he lamented in a CNBC interview in June.

Legendary hedge fund guru George Soros, who in 1992 “broke the Bank of England” and pocketed more than $1 billion doing it, recently sold stocks and bought gold… after a near 10-year hiatus. Just to give you an idea, the last time Soros made a big play was in 2007, when he placed bearish trades on housing in the run-up to the meltdown.

“Everything is expensive and we are late in the business cycle," Sebastien Page, head of asset allocation at T. Rowe Price, said in an interview with Bloomberg. "That introduces fragility for risk assets, and there isn’t much buffer."

So, that’s a lot of negativity. But don’t let it ruin your day. Do this instead…

How to Stay Invested and Sleep at Night

Stops make sense. AND, they work only in a market that A) Doesn't gap down big and B) Continues to trade, so you can liquidate your positions. There's no guarantee of either. Stuff happens.