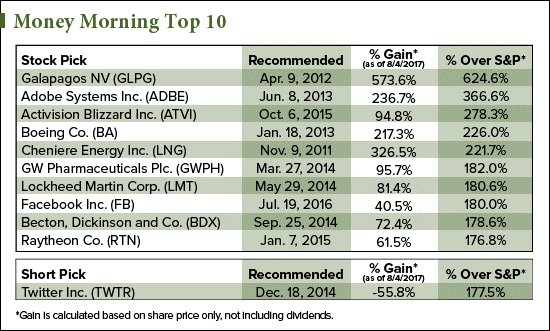 Earnings season is winding down, but there are still a couple companies reporting this week that we're keeping an eye on...

Turn a Small Stake into a Fortune: A new, earth-shattering government announcement could completely change the legalization of marijuana - forever. In fact, thanks to this historic legislation, tiny pot stocks trading for under $5 are getting set to double, triple, or quadruple. In an exclusive interview with Money Morning, pot stock expert Michael Robinson shares all the good news - including details on five tiny weed stocks that could potentially turn a small stake into $100,000. Click here to continue.