Ripple prices today jumped 37% thanks to intensive buying from South Korean traders. More than 40% of the market volume took place on Coinone and Korbit, which provide Korean won trading pairs.

The rally has come on the back of speculation that Ripple is about to make a big splash into the Chinese markets very soon. 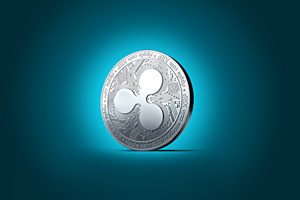 In other news, Mark Cuban announced that he is backing a $20 million cryptocurrency venture capital fund. In an email to CNBC, Cuban said he has grown interested in the cryptocurrency space and plans to learn more about it.

The total market capitalization of the global cryptocurrency market hit $145.4 billion on the day. Below is a recap of the top cryptocurrency prices at 2:00 p.m. EDT...

Prices have been hovering near $4,000, but this is still off about 10% from its recent all-time highs.

Earlier this month, the price topped $4,425 on Coindesk, although it did push above $4,500 on several international trading exchanges.

Bitcoin has been under pressure due to mixed expectations regarding the implementation of SegWit2x, which is slated for November. Some analysts are concerned that we could witness yet another fork and miners could migrate to a new blockchain. Recently, it became more profitable to mine Bitcoin Cash, which split off from Bitcoin during the hard fork that took place on Aug. 1.

In statements released Tuesday, both Huobi and OKCoin began supporting Bitcoin Cash. The latter exchange promised that it would bolster security verifications in order to protect the currency, which was established on Aug. 1.

Bitcoin Cash is now composing more than 10,000 transactions per day, even though it is just 22 days old. By comparison, it took Bitcoin four years to reach this level.

The Ethereum price fell more than 6% on the day to roughly $315. The price is still well off from its mid-June record of nearly $380 per coin.

Despite today's downward pricing trend, Luis Cuende, the co-founder of Ethereum startup Aragon, predicted that the price of Ethereum will hit $1,000 within a few years.

Aragon predicted a gold rush in the years ahead as developers clamor to learn the technology.

Litecoin was off 1% Monday despite bullish optimism from cryptocurrency analyst Tuur Demeester.

He issued a bullish outlook for Litecoin should the markets see a sell-off of Bitcoin or Bitcoin Cash.

The thesis is that Litecoin remains a hedge to the two larger rivals and is an alternative currency the same way that silver prices remain an alternative to gold.