The Dow Jones today is rising again despite U.S. President Donald Trump's announcement that America will expand its military presence in Afghanistan. Dow Jones futures are up 66 points ahead of trading after a positive trade report bolstered optimism for the U.S. economy and broader markets. 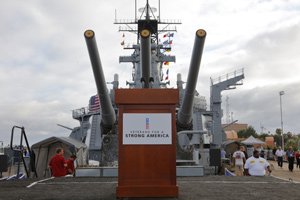 Right now he's looking at another double-your-money opportunity, and there's still time to get in on it.

What happened to the thousand + % reported last week?