The most important governmental advisory committee you've never heard of just issued a stunning forecast and warning that every investor needs to hear.

This warning was not reported in the mainstream media, even though it came from the most elite level of Wall Street.

Nor did this crowd release its forecast through its captive media, like CNBC or The Wall Street Journal.

I'll tell you why in a minute, but people who do get this warning will have the chance to protect what’s theirs and make some money when this happens.

Why We Need to Listen to TBAC

The committee that I am talking about is known in governmental circles and on Wall Street as the "TBAC" - the Treasury Borrowing Advisory Committee. This committee is authorized under federal law to meet with the U.S. Treasury to advise it on the Treasury's borrowing needs for the current and next quarter, as well as any other long-term issues that the Treasury requests.

The TBAC is comprised of the top executives of a select group of banks, investment funds, and primary dealers. In other words, it's the epitome of "plugged in." 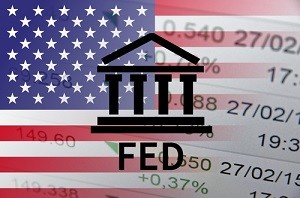 Once each quarter, TBAC issues a report to the U.S. Treasury secretary that reviews economic developments of the past quarter and makes recommendations for future borrowing. The reports are issued early in February, May, August, and November.

The economic review is a rehash of old news.

More importantly, TBAC makes "recommendations" to the Treasury regarding its future borrowing needs. Those recommendations include a detailed schedule of issuance for the remainder of the current quarter and the following quarter. These schedules cover literally every bill, note, and bond auction, including expected gross and net issuance for the next four-and-a-half months.

And they are hardly "advisory" in nature - more like "diktats, written in stone." That’s what makes this so unsettling and potentially dangerous.

I'm seeing more homes for sale in Florida than I saw after the prior bubble burst. Apparently, either everyone is in the "flipping" business, foreign investors have stopped buying, or the downturn in real estate has begun. Or, the returns in the stock market have lured real estate investors.

Hi Lee – thanks for he very informative article. It's scary, to say the least. If I'm understanding this correctly, we may witness a scenario where Treasury prices will crater, driving interest on these bonds higher (maybe much higher) effectively driving up interest paid out by the Govt. on treasury bonds. I get your point about going to cash as equities will, or could, suffer a substantial market correction. It seems the timeline on this series of events is imminent assuming the FED starts reducing their bond holdings perhaps as soon as late September.

Thank you for your free newsletter.

The crash is inevitable!