(Kitco News) – World stock markets were mostly weaker Wednesday. U.S. stock indexes are also pointed toward lower openings when the New York day session begins. World stock markets are having a tough month of August, heading into the historically even tougher months of September and October.

Gold prices are slightly higher in pre-U.S.-session trading. Gold prices are in a near-term uptrend, but struggle when prices approach the key resistance level of $1,300.00.

In overnight news, the Euro zone Markit composite purchasing managers index came in at 55.8 in August from 55.7 in July. The August number beat market expectations. A reading above 50.0 suggests growth in the sector. 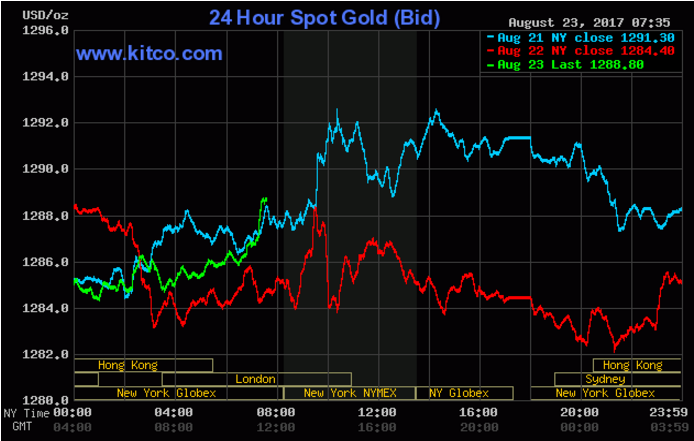 The key "outside markets" early Wednesday see the U.S. dollar index slightly lower. The greenback has been trading choppy and sideways at lower levels during the month of August. Meantime, Nymex crude oil futures are also slightly lower. Trading in oil has also been choppy recently.

3575 Reads
This High-Yield Dividend Stock Is Cashing In on Rising Oil Prices
Not all dividend stocks are created equal. Here's how to find the best high-yield dividend stock...