That's right, the Social Security Administration (SSA) has paid $30 million to the wrong bank accounts over the past four years.

That's hard-earned money that came out of your paycheck going to an already depleted fund, only to line the pockets of criminals -- hackers, to be exact.

But that massive multimillion-dollar get-away sum isn't even the most alarming part about this news.

First, here's how hackers nabbed all this cash for themselves: 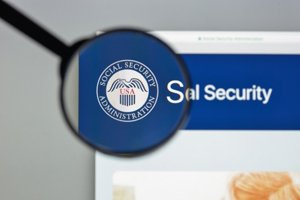 In 2012, the Social Security Administration (SSA) launched its "My Social Security" program, which allowed beneficiaries the option of having their payments directly deposited into their own bank accounts.

A year later, the SSA enhanced the program by allowing individuals the option to change their direct deposit bank information online.

And this is where hackers swooped in. They exploited this "account change feature" by entering their own bank account information into the spaces where beneficiaries' should have gone.

So an investigation ensued.

This probe of the "My Social Security" system wound up lasting three years. The Office of the SSA Inspector General released its findings in an audit earlier this month, on Aug. 17. It revealed the following sums of misdirected cash:

This morning, FOX News revealed that in 2013, $20 million in SS beneficiary funds went to the wrong accounts as well.

That's $30.9 million total in misdirected funds under the SSA hack.

What's more outrageous about these revelations, however, is that roughly half of that money listed above hasn't been recovered.

In the audit report released this month, the SSA noted that "generally, financial institutions only return misdirected funds to the Department of the Treasury when the funds are still in the bank account."

This means if hackers successfully redirected funds into their own accounts and then withdrew or spent that money before the audit caught onto their scheme, the affected beneficiaries were - and still are - out of luck.

Here's an exact figure of those unrecovered sums:

This morning, FOX News revealed that in 2013, $9 million of the $20 million lost in SS beneficiary funds wasn't recoverable either.

The good news is the number of payments being deposited into wrong accounts is declining, with only 553 individuals with misdirected benefits last year, down from over 2,100 in 2015.

And in the years since the probe officially kicked off, the SSA has issued various ways with which retirees and Social Security beneficiaries can protect themselves.

How to Protect Yourself from Social Security Fraud

Don't Give Hack Phone Callers Your Information: The SSA (or any other government agency, for that matter) will not call you to request your personal information. If someone does call you and claims to be an SSA or government worker, ask for their name and number, and then call your local SSA or other government office to verify the caller's identity.

Monitor Your Accounts Regularly: Check in on all of your personal and financial accounts for any irregularities and report fraud immediately to the appropriate agencies.

Beware of Phishing Scams: No reputable financial institution or company will ask for upfront money in exchange for winnings, or for personal information like a Social Security number or bank account number, via phone, mail, or the Internet.

More on Retirement: Keith Fitz-Gerald wants to make sure our Members know about one of his favorite retirement investments. It's a kind of "desert island fund" he'd buy if he had to park his money in one place, "retire" from civilization for 20 years, and come back to a pile of money. Click here to learn more...

Greetings All,
I specifically want to let Keith F. know that I recently opened a brokerage account, after reading his great info, and would like Very Much to, (as a smoker for over 35 years, who still can't kick the habit), be one of the Next 100 or so folks that he gives the phone numbers and municipal bonds info to. I read "Big Tobacco Must Pay" and agree 100%.

So please Keith, get that info to me 'cause my health is getting worse. Thank you for all you and the other guys there do. The articles are great and really inspiring. I wish I had more time to read them all, but I work long hours and can only find the time on my off days.