The price for the digital currency Monero dropped over 11% today, but some investors have still made profits of roughly 50% in the last three days. 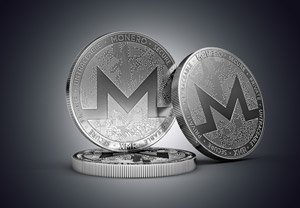 The 11% price drop today is a correction after such a massive jump.

The global cryptocurrency market hit $153.6 billion on the day, which is another record. With more capital pouring into the market, there doesn't appear to be any slowdown in optimism about the future of blockchain technology or alternative assets.

Now that we know today's price movements, here's what has been moving these cryptocurrencies...

The price of Bitcoin was flat Thursday as traders debated the future of SegWit2x.

While individual countries and central banks are chiming in on the future of Bitcoin, CNBC reported on a significant survival trend taking place in Venezuela, where socialism has nearly collapsed the economy.

A report by the financial network noted that Bitcoin mining had become a popular hobby in Venezuela as citizens attempt to make a living in a time of hyperinflation.

Still, the offshoot of Bitcoin has been gaining traction and legitimacy as multiple wallet platforms continue to extend support for the young cryptocurrency.

Since its creation during the Aug. 1 hard fork, BCH has become a more profitable coin to mine than BTC.

Without any major news or events, Ethereum prices were only slightly up today.

However, Ethereum prices are still up 57% this month as investors look for other digital currencies to invest in outside of Bitcoin.

The sell-off came after two straight days of gains that surpassed 20%.

There has been a massive swell of interest in the cryptocurrency in South Korea, and many traders are speculating that Ripple will gain significant ground in the Chinese and Japanese markets.

Litecoin Prices Burst Past $50.00 per Coin

The price of Litecoin pushed above $50.00 on Thursday as a short rally continues to provide support for the Bitcoin rival.

Many have speculated that any pullback in Bitcoin or Bitcoin Cash will be beneficial to Litecoin.

There doesn't appear to be any driving force behind Litecoin's push in recent days. Litecoin's Lightning Network is probably months away from development. That said, analysts are now setting their eyes on a $75.00 target for the cryptocurrency.