The price of Ripple fell by double digits as traders took profits from the recent rally in the cryptocurrency.

Some of the selling was also fueled by a "disappointing" announcement. Digital currency investors expected Ripple to enter the Chinese market, but that's not what Ripple tweeted about on Aug. 24, 2017. 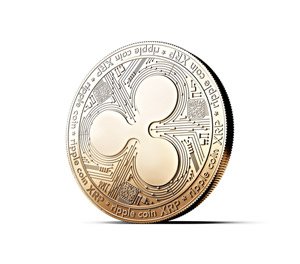 The total market capitalization of the cryptocurrency industry hovered at $155.9 billion. Inside the top 50 cryptocurrencies, Monero added nearly 19%, and Lisk added 16%.

But the biggest gainer was Veritaseum, which popped another 31% on the day. Today's largest decliner from that group was BitConnect, which slipped 30.4%.

Below is a recap of the top cryptocurrency prices at 12:00 p.m. EDT

Now that we know today's price movements, here's what has been moving these cryptocurrencies…

The price of Bitcoin climbed for the third straight trading session and continues to rebound from its short-term low of $3,675 on Aug. 22.

The market capitalization of Bitcoin climbed as high as $72 billion, despite concerns that miners have been bouncing back and forth between BTC and its new rival Bitcoin Cash (BCH).

According to various reports, BCH is now 10% to 14% more profitable to mine than Bitcoin.

Bitcoin Cash was declining in price Friday. The downturn comes as South Korean traders have been pouring money into rival cryptocurrencies like Monero, NEO, and Ripple.

The Ethereum price continued to follow Bitcoin higher. In a day that has been dominated by the volatility of lesser-known coins, Ethereum has been making a slow and steady climb on lower volume levels.

Ripple was hammered by 16% on Friday thanks to a sell-off from Korean traders.

Also, investors were disappointed by an announcement Ripple made on Aug. 24, which was about a conference in October.

There were rumors Ripple was going to enter the Chinese market or even work with Alibaba Group Holding Ltd. (NYSE: BABA), but details on working with Alibaba or concrete plans to enter China were not revealed.

The price of Litecoin continued to climb thanks to two bullish factors that have made it an attractive investment.

First, traders see it as a highly compatible coin to Bitcoin due to the recent implementation of Segregated Witness (SegWit). In addition, many see this as a potential hedge for Bitcoin and Bitcoin Cash, as both cryptocurrencies flutter near record highs.

Earlier this week, Tuur Demeester, a prominent analyst and owner of cryptocurrencies, argued that Litecoin would experience a price pop should a sell-off occur in Bitcoin or its new spinoff.