The odds that the Winklevoss Bitcoin ETF will get approved have jumped in recent weeks, thanks to several new forms of Bitcoin trading that address the SEC's biggest concerns. 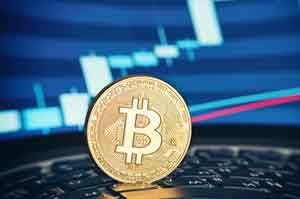 It was only this past March that the U.S. Securities and Exchange Commission rejected a proposal from Cameron and Tyler Winklevoss to launch a Bitcoin-based exchange-traded fund (ETF), the Winklevoss Bitcoin Trust (BATS: COIN).

But a few weeks after the SEC's rejection of the Winklevoss ETF, the BATS BZX Exchange filed an appeal - which the SEC agreed to review. That review is pending, so the Winklevoss proposal is anything but dead.

The main objection the SEC had was that Bitcoin trades on mostly unregulated exchanges throughout the world - the Winklevoss twins' own, fully compliant Gemini Exchange being one of the few exceptions.

Given that objection, it appeared Bitcoin investors would have to wait years for any Bitcoin ETF - until more of the world's Bitcoin exchanges were regulated.

But now it looks like we could see either the Winklevoss Bitcoin ETF or another proposal approved by early next year, or even before the end of 2017.

Here's why the SEC is about to change its mind on the Winklevoss Bitcoin ETF...

Why the Winklevoss Bitcoin ETF Is Back in Play

In late July, LedgerX, a cryptocurrency trading platform, was granted permission from the U.S. Commodity Futures Trading Commission (CFTC) to act as a clearing house for cryptocurrency-based derivatives contracts.

Must See: This incredibly rare gold anomaly has occurred ONLY twice in the past 20 years. And it's about to happen again. Details here...

The creation of Bitcoin-based derivatives trading - we're talking about options and futures here - will have a major impact on all Bitcoin trading. It will make markets more efficient and lead to more reliable Bitcoin price discovery.

Less than two weeks later, the Chicago Board Options Exchange (Nasdaq: CBOE) and the Gemini Trust Co. - the company founded by the Winklevoss twins - announced an agreement in which the CBOE will use Gemini's market data to create Bitcoin-based derivatives.

The companies said they expected Bitcoin derivatives to start trading as early as the fourth quarter of 2017, pending regulatory approval by the CFTC.

Both provide the kind of thriving derivatives market the SEC felt Bitcoin lacked when it rejected the Winklevoss ETF in March.

And it's probably why VanEck, a major player in the ETF world, suddenly decided to jump on the Bitcoin bandwagon.

On Aug. 11, the company filed a proposal with the SEC for an exchange-traded fund called the VanEck Vectors Bitcoin Strategy ETF. The VanEck Bitcoin ETF would be backed by the new Bitcoin derivatives.

That differs from the Winklevoss Bitcoin ETF proposal, which plans to buy and hold Bitcoin in proportion to the money invested in the fund. The Winklevoss ETF is modeled after the SPDR Gold Trust ETF (NYSE Arca: GLD).

Both of these - plus the SolidX Bitcoin Trust (NYSE Arca: XBTC) proposal, the quest by the Bitcoin Investment Trust (OTCMKTS: GBTC) to evolve into a Bitcoin ETF, and another Bitcoin derivatives-based ETF proposal from REX ETFs, the REX Bitcoin Strategy Fund - now have an excellent chance of winning SEC approval.

"Things have changed. My odds of Bitcoin ETF approval within 18 months are WAY up," Spencer Bogart, head of research for Blockchain Capital, tweeted on Aug. 2.

In February, ahead of the SEC's rejection of the Winklevoss ETF, Bogart put the odds of a Bitcoin ETF approval at less than 25%. Now he believes the odds are higher than 75%.

And if one gets approved, it's more than likely several others will follow in quick succession. That's what happened when the first gold ETFs debuted back in 2003-2005.

The impact of this on Bitcoin investing can't be overstated...

What a Wave of Bitcoin ETFs Will Do to Bitcoin Prices

Should a bitcoin investor stay with the current system or switch to an ETF when they come online?

It's true that for now the only way to invest is by buying Bitcoin directly. But when the SEC approves a Bitcoin ETF – which could happen late this year or early in 2018 – you will be able to invest in Bitcoin without owning it. For investors who'd prefer to avoid the technical complexities of buying Bitcoin, an ETF will be the better option. If you already hold Bitcoin, an ETF won't provide any advantage. The Winklevoss ETF, for example, plans to mirror the daily Bitcoin price.

Thank you for sharing this information.