Now, it's not because of what the iPhone 8 is - the latest iteration of an outrageously popular and undeniably cool piece of personal tech...

And it's not for what the new iPhone represents - the 10th anniversary of "iEverything"...

Rather, it's because of what the iPhone 8 has...

That's right: The iPhone 8 (and, in short order, nearly every smart device that hits the market) will have some extremely sophisticated biometric technology onboard, largely thanks to this company... 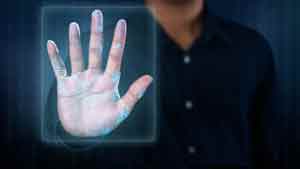 In 2015, the biometrics industry was worth roughly $10 billion. But according to Grand View Research, by 2025, biometrics promises to be a $60 billion industry - a 600% increase in just eight years.

From a contrarian point of view, why is it okay to buy a stock when it is 25% off fare value verses, sell when a stock hits a 25% stop Price?

I think you meant "fair value". And who doesn't love a bargain?

I am getting a news letter from Nova already.