The Bitcoin price today surged above $4,700 for the first time ever. Traders are now eyeing the $5,000 level as markets continue to monitor growing geopolitical instability in the Korean peninsula.

South Korean traders have been driving the uptick in cryptocurrencies in 2017 on speculation that Bitcoin and their rivals will continue to gain legitimacy from governments and central banks around the globe. 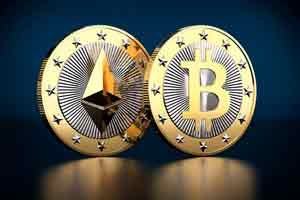 The $5,000 price point has been a long-term call from prominent Bitcoin investors like Max Keiser and John McAfee.

Meanwhile, NEO – nicknamed the "Chinese Ethereum" – fell as much as 19% but has since cut its losses down to 5.8%. The plunge occurred after its leadership team announced that it had closed down usage to Chinese consumers.

The total market capitalization of the global cryptocurrency market hit $164.6 billion on the day. Below is a recap of the top cryptocurrency prices at 12:00 p.m. EDT.

The price of Bitcoin rallied again Tuesday in the wake of North Korea's missile test. The cryptocurrency has been soaring since the hard fork on Aug. 1 that resulted in a split to two coins.

Year to date, Bitcoin has rallied more than 350%.

Bitcoin Cash retreated in response to the uptick by its chief rival. The price has fallen nearly 44% since it hit $1,000 last week.

Despite the downturn, BCH has become far more profitable to mine than Bitcoin.

The Ethereum price rallied above $360 to hit a two-month high. The cryptocurrency topped a market capitalization of $34.5 billion thanks to a big jump in trading in South Korea and China.

Investors are optimistic that recent ICOs will be a boon for the currency, particularly as a means of exchange.

The price of Ripple rallied again Monday after the technology company behind the cryptocurrency hosted a conference attended by officials from the Peoples Bank of China.

Investors are hoping that this event translates into a partnership with a large financial institution or a central bank. However, the story has been largely hype.

Litecoin has pulled back from an all-time high and settled just a notch above $61.00 per coin.

Litecoin has been on a run recently thanks to increased adoption and feverish buying in South Korea.

Its founder, Charlie Lee, has said that the cryptocurrency offers significant upside because it is being used to process transactions. Lee argues that Bitcoin is viewed more today as a store of value.