The Dow Jones news today is focused on North Korea's latest missile launch that flew over Japan last night. Dow Jones futures are down 104 points in pre-trading hours as traders try to make sense of the latest threat from North Korea. 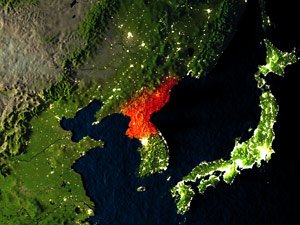 Must See: North Korea is "fake news" – this is where WWIII will start. Read More…

Who Is Uber's New CEO?