Today, the big news in the cryptocurrency market was about Bitcoin prices. By 2020, Standpoint Research founder Ronnie Moas predicts Bitcoin prices could climb as high as $20,000. 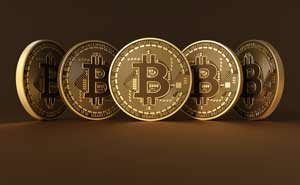 Trading among the top-tier cryptocurrencies saw very little volatility, with Ethereum leading the way to a 3.8% gain in the last 24 hours. From the top 50 cryptocurrencies by market capitalization, the best performers on Wednesday were OmiseGo (up 14.4%), ByteCoin (up 39%), Nexus (up 24%), and Digibyte (up 20%). The worst performers from the category included Monaco (down 14.5%) and Hshare (down 10.6%).

The total market capitalization of the global cryptocurrency market hit $164.6 billion on the day. Below is a recap of the top cryptocurrency prices at 2:00 p.m. EDT.

The price of Bitcoin is up more than 70% in August, as investors continue to pour money into the digital currency.

Today, the market capitalization of Bitcoin increased to $75.6 billion, and it received another bullish upgrade from Moas. The analyst and founder of Standpoint Research forecasted that Bitcoin could rise as high as $20,000 over the next three years.

He also refuted any argument that Bitcoin had any comparison to the dot-com bubble. "I am not any more concerned with Bitcoin being at a record high than Amazon or Google investors were concerned when those share prices jumped hundreds of percent and hit $100 and $200 many years ago," Moas told the CoinTelegraph.com. "Today, both of those stocks are above $900. The question is not where we are at - it is where are we going? I do not think we are in a bubble."

The Ethereum price added nearly 4% and pushed its total market capitalization above $36 billion.

Earlier, the cryptocurrency topped $380 and hit a new all-time high. The upward momentum has traders eyeing the potential for even greater gains as it aims to test the $400 level.

The price of Ripple continued to climb in the wake of Tuesday's conference that hosted officials from the People's Bank of China.

Investors are speculating that the attendance at Ripple's event signals the chance that central bankers from China may take interest in cryptocurrencies.

Litecoin prices declined slightly Wednesday as markets continue to speculate on the timing of the company's integration of its "Lightning" network.

Litecoin has jumped nearly 27% over the last week. Many have seen Litecoin as a possible hedge against Bitcoin and Bitcoin Cash. Also, some digital currency investors believe Litecoin is better designed for transactions than its rivals.

Markets were also reacting to news that the Moscow Stock Exchange will allow the trading of digital currencies against paper currency in the future. This is the first stock exchange to offer that option and will likely spur a number of other exchanges to explore making these currencies a tradable asset in the future.

But that's not the only cryptocurrency news in Russia. Burger King announced the creation of its own digital currency. It's called the "WhopperCoin," and Burger King customers in Russia will be rewarded with tokens after each purchase of a Whopper sandwich.

Today, CNBC offered a report on the growing demand of cryptocurrencies, but it's not good news.

A sign that more people are buying into the hype of cryptocurrencies is evident in the number of consumer complaints about them to the Consumer Financial Protection Bureau (CFPB).

According to the report, complaints to the CFPB increased from seven in 2016 to 425 this year.