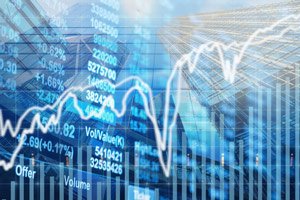 Wal-Mart Stores Inc. (NYSE: WMT) is teaming up with Alphabet Inc. (Nasdaq: GOOGL) as both companies try to cut in on Amazon.com Inc.'s (Nasdaq: AMZN) domination in the voice-activated smart technology market.

The giant brick-and-mortar retailer announced last week that it would be adding hundreds of thousands of items to its shelves that are compatible with Alphabet's Google Assistant. This expands on a suite of products Alphabet launched earlier this year to integrate with its Google Home interactive speaker.

The partnership steps on Amazon's toes in two ways.

Alphabet has dropped the $95 membership fee for Google Express and is now offering free shipping on orders over a certain amount – $35 for Wal-Mart orders. Participating retailers also include Target Corp., Costco Wholesale Corp., and Bed Bath & Beyond Inc.

Money Morning Chief Investment Strategist Keith Fitz-Gerald has called Alphabet a "company of the future." As for Wal-Mart, he isn't impressed with this attempt to stay relevant in the Internet age.

"Wal-Mart's dead," Keith told FOX Business News' Stuart Varney last week, and investors haven't realized it yet. Keith said announcements like these are just "Hail Mary" passes as Wal-Mart faces the fight of its life. It won't work in the long term.

As Keith has told readers time and time again, when it comes to retail, it's "Amazon versus everybody else."

WMT, GOOGL, and AMZN are all down slightly since the announcement.

Stocks to Watch No. 2: Alibaba – a Stock We Love – Delivers an Outstanding Earnings Report

Amazon may be on top of the retail world in the United States. But in China, that distinction belongs to Alibaba Group Holding Ltd. (NYSE: BABA).

That continued good fortune comes after an Aug. 17 earnings report in which BABA beat earnings per share expectations by nearly 25%, with 65% growth from the same quarter last year.

Alibaba's cloud business revenue grew 96% from the previous quarter and now has more than a million paying customers, compared to about 575,000 a year ago.

Perhaps most impressive is the Chinese retailer's operating margins.