New Uber CEO Dara Khosrowshahi's first day at the company will be Tuesday, Sept. 4, 2017, and he's not wasting any time preparing for the Uber IPO. In fact, he wants Uber to go public between 2019 and 2021.

This is much clearer than former Uber CEO Travis Kalanick's time frame for an Uber IPO date. According to a 2016 Business Insider report, Kalanick said Uber would go public between 2017 and 2026. 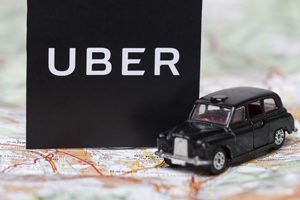 In order to meet his aggressive timeline, the new CEO has one focus…

According to an Aug. 30 CNBC report, Khosrowshahi told Uber's staff his priority is to "pay the bills."

That will start with cutting Uber's massive losses…

But with his experience as CEO of Expedia Inc. (Nasdaq: EXPE), Khosrowshahi knows how to make a company profitable.

However, his success at Expedia isn't guaranteed to transfer over to Uber.

Along with making the company profitable, Khosrowshahi has to completely change Uber's culture. The ride-hailing app has dealt with scandals in 2017 ranging from sexual harassment to being accused of stealing technology from Alphabet Inc. (Nasdaq: GOOGL).

There will be a lot of hype around this IPO because investors have been waiting to own Uber stock for years, but hype is never a reason alone to buy a stock…

To help prepare Money Morning readers for the Uber IPO, we've created a free and exclusive guide. In it, we provide more details on how Uber started, Uber's biggest competitors, and how to buy Uber stock.

And most importantly, we answer the question of whether you should buy Uber stock.

You can access this free and exclusive guide, right here.

The Best Pot Stocks: After nine months of exhaustive research, we've found the best, most lucrative, and fastest-growing legal pot stocks in America. They're all in our 89-page "bible of weed investing," The Roadmap to Marijuana Millions. And for a limited time, you can get all the details for free. Go here to find out how to reserve your copy today…