BuzzFeed might go public in 2018, but until it does, there will not be a BuzzFeed stock symbol investors can look up on their trading accounts.

The Internet media company will need to file official paperwork with the SEC before going public and choosing a stock ticker. 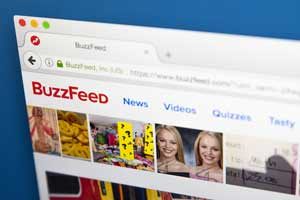 However, we do have a hunch what the BuzzFeed stock ticker will be.

Before we speculate on the Buzzfeed stock symbol, we wanted to make sure Money Morning readers know more about BuzzFeed as an investment.

With a valuation of over $1.7 billion, there's a lot of hype around this public offering, but hype alone won't make BuzzFeed stock a good investment...

BuzzFeed receives more than 200 million unique visitors per month, according to its website.

While the company doesn't publish its financial figures, CNBC reported in April 2016 that its 2015 revenue was roughly $170 million. CNBC also estimated it would generate revenue of $250 million in 2016.

Now that you know more about the company, here's what we speculate the BuzzFeed stock symbol could be...

This Could Be the BuzzFeed Stock Symbol

So when BuzzFeed files its paperwork and schedules an IPO, should you plan to buy BuzzFeed stock?

Here's how to prepare yourself ahead of the BuzzFeed IPO...

What to Do Before the Buzzfeed IPO Date