Another day, another record high for Litecoin prices and Bitcoin prices. The price of Bitcoin is nearing $5,000 and sat at $4,834.47 per unit in early Friday trading. 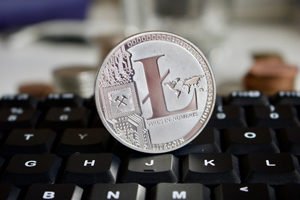 Overall, the global cryptocurrency market shot to a record $176.4 billion in market capitalization. Part of the surge has been tied to hedge funds, which are pouring capital into the crypto market in order to bolster their returns.

Hedge funds have largely failed to replicate or outperform the broader returns of the S&P 500 over the last five years. Cryptocurrencies, which are blowing the doors off the stock market in 2017, have become a popular asset among money managers.

Below is a recap of the top cryptocurrency prices at 10:00 a.m. EDT.

The bulls of Bitcoin have been out in force this week.

Standpoint Research analyst and founder Ronnie Moas projected that Bitcoin would hit $7,500 by mid-2018 and said it would rally between $15,000 and $20,000 in the next three years.

On Thursday, Bitcoin bull Charlie Shrem hinted that $100,000 for Bitcoin will be considered cheap in the future.

Shrem argued that scarcity – the fact that there will only ever be 21 million BTC – will make it harder and harder to purchase just one.

The market capitalization of Ethereum surpassed $36.6 billion, but 24-hour volume was far below that of Bitcoin and Litecoin. Many investors are eyeing the psychological level of $400.

The price of Ripple has been on fire this month thanks to a major surge of investment from South Korean traders this month.

In addition, Ripple announced Thursday that Bitcoin IRA, a company engaged in retirement funds that include cryptocurrencies, has added the XRP token to its accounts.

Ripple joins Bitcoin and Ethereum as the three digital currencies in Bitcoin IRA's plans. The firm will add Litecoin, Bitcoin Cash, and Ethereum Classic in the coming weeks.

Litecoin flew past the $75.00 mark and hit a new all-time high as speculators in Asia continue to advocate for the "silver to Bitcoin's gold."

There isn't any real reason that one can tie the recent surge in Litecoin prices to over the last few weeks.

However, it appears that many investors are optimistic that Litecoin will have its Lightning Network online before Bitcoin can make similar advancements.