The People's Bank of China (PBOC), the nation's central bank, labeled ICOs as an illegal form of fundraising. Barring a change in policy, companies will not be allowed to start new fundraising efforts or continue existing ones. The central bank also ordered companies to return all funds back to their original investors in China. 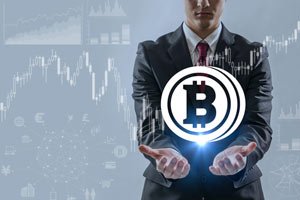 "ICO financing refers to the activity of an entity raising virtual currencies, such as Bitcoin or Ethereum, through illegally selling and distributing tokens," Chinese regulators said in a statement translated by CoinDesk. "In essence, it is a kind of non-approved illegal open fundraising behavior, suspected of illegal sale tokens, illegal securities issuance and illegal fund-raising, financial fraud, pyramid schemes, and other criminal activities."

Though neither of the top two cryptocurrencies should be affected over the long term, the negative sentiment following the decision pummeled the entire cryptocurrency market.

Despite the price drop in cryptocurrencies yesterday, many have slightly rebounded today.

Below is a recap of the top cryptocurrency prices at 11:45 a.m. EDT.

Earlier this year, China threatened to shut down several exchanges on the speculation that some had violated anti-money laundering rules.

Bitcoin today did fare much better after the sell-off than many of its rivals.

The Ethereum price took an especially hard hit after the PBOC released its stance on ICOs.

The decision is especially hard for Ethereum due to the decentralized nature of its network. The problems could accelerate for firms like Ethereum and NEO, as rumors are swirling that South Korean leaders may soon initiate harsher regulations on the industry.

NEO - largely considered the "Ethereum of China" - has recovered slightly this morning after a nearly 50% decline over the last week.

The price of Ripple was flat Tuesday as it recovered from the weekend's sell-off. Many investors had been piling into Ripple over the last week after the company hosted a conference with industry leaders and global financial officials.

The audience at the event included members of the PBOC. Investors took that as a positive sign and speculated that Chinese leaders were finally coming around on cryptocurrencies.

Unfortunately, Chinese officials decided to go in the opposite direction with their policy decision.

The total market capitalization fell from $4.8 billion to roughly $3.1 billion. Prices fell to their lowest level since Aug. 27. Long-term Litecoin investors remain optimistic that this is just a short-term pullback.