Today, we've ranked the top biotech penny stocks to watch for September 2017, which includes last month's biggest gainers. Then, we'll show you a biotech stock with future growth potential as high as 94.4% in one year...

CareDx Inc. (Nasdaq: CDNA) - which makes devices that diagnose changes and complications in organ transplant patients - soared 115% between July 31 and Aug. 31, when the share price jumped from $1.33 to $2.86.

CDNA was boosted when the firm announced AlloSure will qualify for coverage under Medicare starting Oct. 9. Qualifying for Medicare is a boon for the test, since the American Association of Retired Persons (AARP) says 44 million Americans - or 15% of the U.S. population - are currently enrolled in Medicare.

But the top gainer on our biotech penny stocks list is Dimension Therapeutics Inc. (Nasdaq: DMTX). Shares of this company - which develops medicines for people with rare, inherited disorders like hemophilia - gained 142.9% last month, rising from $1.40 to $3.40.

The stock rocketed 162.5% on Aug. 25 alone after small-cap firm Regenxbio Inc. (Nasdaq: RGNX) said it will acquire Dimension for $86 million. That meant Regenxbio offered $3.41 per share for DMTX - a 184.2% premium - even though the stock was only trading at $1.20 a share. Regenxbio's offer sent DMTX above $3 per share for the first time since Jan. 30. 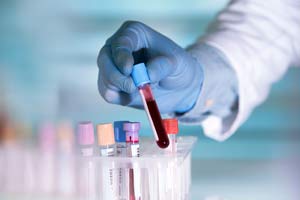 That's where Money Morning Executive Editor Bill Patalon comes in. Today, he's going to show you one of the best biotech stocks to invest in right now...