Who needs China? That seems to be the message from cryptocurrency investors after Wednesday's surge in prices across the global market. 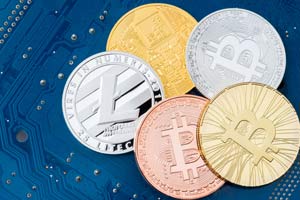 The markets were recovering after the People's Bank of China (PBOC), the nation's central bank, labeled ICOs as an illegal form of fundraising over the weekend. The news immediately fueled a sell-off dubbed by some digital currency investors as "Massacre Monday."

But the panic was short-lived. Since Monday, the market capitalization bounced from below $135.1 billion to just shy of $162 billion.

The largest decliners over the last 24 hours include NEO (down 7.5%) and ByteBall (down 6.4%). In fact, just three of the top 50 cryptocurrencies showed declines on Wednesday (and just six of the top 100).

Bitcoin prices pushed higher as part of the broader market rally. The world's largest cryptocurrency regained momentum and saw its market capitalization climb back above $75.8 billion.

However, its gains were outmatched by rivals Bitcoin Cash and Ethereum. Investors remain bullish about the potential for greater adoption by mainstream investors over the long term.

According to digital asset exchange Coinbase, one of the top Bitcoin exchanges, more than 10 million users have registered, and the exchange is on pace to add 1 million users in the last month alone.

The Ethereum price climbed double digits thanks to renewed optimism that China's ICO ban will cause less damage to the cryptocurrency's potential than initially expected.

The Chinese ban pummeled Ethereum earlier this week, driving the price from nearly $400 per coin to under $300.

The price of Ripple was pushing up nearly 6% on news that the tech company has just opened an office in India.

Ripple prices have also faced a significant amount of volatility over the last month. Last week, traders were in a buying frenzy on news that officials from the PBOC had attended the firm's recent investment conference.

Some had expected that the conference would help influence China's central bank into becoming more accepting of cryptocurrencies.

However, this turned out to be wishful thinking. We'll see if the PBOC gets an invitation to Ripple's next conference.

Litecoin has been on a roller-coaster ride over the last week. Prices climbed above $92 late last week, but little reason seemed to be driving the token's momentum aside from the announcement by Litecoin Foundation that the first Lightning Network transaction had been successful.

Following the Chinese ICO decision, Litecoin plunged, only to bounce back toward $80 on Wednesday. On a fundamental level, traders are optimistic about Litecoin's Lightning Network as a means of transactional value.

The next major psychological point for Litecoin appears to be $100 per coin.

Celebrities are piling into the cryptocurrency market. On Sunday, socialite Paris Hilton announced that she will take part in an initial coin offering for a token called LydianCoin.

The token's producer calls itself the first artificial intelligence big data marketing cloud platform on the blockchain. In addition, two prominent British entrepreneurs announced the launch of a large real estate development that will be offered to members of the Bitcoin community.

The real estate project in Dubai will allow users to purchase apartments with Bitcoin.

In addition to news about these events, we also added a new unicorn to the class of billion-dollar ICOs. OmiseGo's 22% gain on Wednesday helped push its value above $1.1 billion. There are now 12 cryptocurrencies with valuations above $1 billion.

BitConnect, the 13th largest by market capitalization, is sitting $100 million short of joining the club.