Would you invest in a digital currency called "WhopperCoin"?

The announcement last week by Burger King Russia (NYSE: QSR) of this dubious new digital asset inspired us here at Money Morning to make a comprehensive list of cryptocurrencies with curious names and ill-conceived objectives. 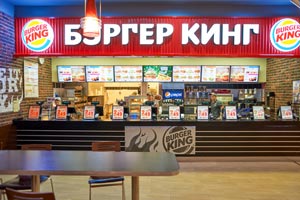 WhopperCoin is basically a rewards program that uses a newly created cryptocurrency instead of a more straightforward rewards card. Customers earn WhopperCoins whenever they make a purchase. When you accumulate 1,700 WhopperCoins, you can use them to buy a "free" Whopper.

That wouldn't be so bad, but the company intends for WhopperCoin tokens to be tradeable assets, just like established cryptocurrencies Bitcoin and Ethereum.

"Now Whopper is not only burger that people in 90 different countries love - it's an investment tool as well," Ivan Shestov, head of external communications at Burger King Russia, said in a press release. "According to the forecasts, cryptocurrency will increase exponentially in value. Eating Whoppers now is a strategy for financial prosperity tomorrow."

And if you believe that, I've got a bridge I'd like to sell you in Vladivostok.

While it's true that a few of the better cryptocurrencies will rise dramatically in value, it's extremely unlikely that WhopperCoin will be among them.

That has driven the obsession with initial coin offerings (ICOs). People mistakenly believe that investing in virtually any cheap cryptocurrency today will make them a millionaire tomorrow.

Most of the "oddball" cryptocurrencies we'll look at today are certain to fail.

You won't believe some of these are even real...

But as odd as these cryptocurrencies are, the sheer cheekiness of this next one will absolutely stun you...

Kindly share your views on PLEXCOIN too. Although I have played it safe by not much, also I don't have a way now to get my investment back but your input will clear the dilemma.
Thank you!

They have some great bridges in Vladivostok. Check them out!

The ticker symbol for Bitcoin Capital recently changed after I sold it to BITCF Can you explain why this is? Is it the same stock?

The symbol for Bitcoin Capital changed from GPGD to BITC in late 2013, when the company was still known as Grand Pacaraima Gold Corp. The symbol changed again to BITCF in March 2014, but has remained the same since then.