Gold prices are firmer in pre-U.S.-day-session trading. The gold bulls remain in firm technical control, to suggest more sideways-to-higher price action in the near term.

The major economic data point of the week is Thursday's European Central Bank monetary policy meeting, including a press conference from ECB President Mario Draghi after the meeting. Traders and investors are wondering if the ECB will announce a scaling back of its years-long bond-buying program, called quantitative easing. However, most do not expect the ECB to make any monetary policy changes at this meeting. However, Draghi could provide clues on the matter at his press conference. The Euro currency could become volatile in FOREX trading, in the wake of the ECB meeting and Draghi's press conference. 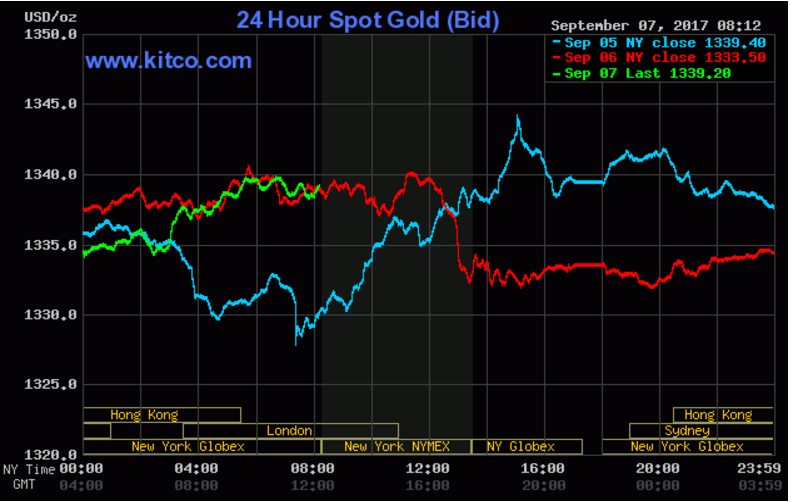 China's central bank on Thursday fixed the country's currency, the yuan, at its highest level against the U.S. dollar in 16 months, reports said.

The key outside markets on Thursday morning see the U.S. dollar index lower and not far above the recent 15-month low. Meantime, Nymex crude oil futures are also weaker.

4822 Reads
The Best Penny Stocks to Own Right Now – 185% Profit Potential
The best penny stocks to own are the highest reward for the lowest risk. And there are preferably a lot of insiders buying up shares in good faith. Then I can trust the high analyst projections - like the 185% growth target on our top penny stock today.