After an initial dip in cryptocurrency prices, the digital currency market is rallying.

Markets were pushed higher thanks to news that another major European nation has banned large cash payments. Bitcoin is expected to benefit as interest in alternative payments is on the rise. 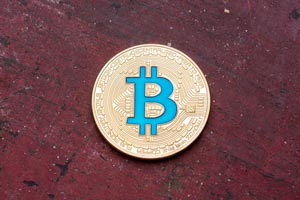 Meanwhile, markets continued to shake off the massive sell-off fueled by the Peoples' Bank of China's ruling on initial coin offerings (ICOs) over the weekend.

Below is a recap of the top cryptocurrency prices at 10:00 a.m. EDT

But the biggest news came from NEO, which surged more than 44% while its market capitalization surpassed $1.57 billion.

The rally came after a story broke last night that China has not completely forbidden ICOs. Over the weekend, the Peoples' Bank of China issued a statement saying that all ICOs must stop raising money and return capital to investors. However, a source close to regulators said last night that the announcement wasn't really a full ban, according to CoinTelegraph.

As increased geopolitical uncertainty weighs on investor sentiment, some traders are coming around on the idea that Bitcoin is a better investment than gold. Bitcoin has remained unfazed by North Korean missiles, interest rate hikes, a border crisis between China and India, and uncertainty over Germany's election.

The price of Bitcoin Cash also continues to climb. The currency has found greater stability in September after a wild month that followed its creation during the Aug. 1 hard fork.

The Ethereum price climbed again as investors prepare for the pending deployment of Metropolis, the blockchain's latest protocol upgrade.

According to reports, the first step in the Metropolis integration will take place on Sept. 22.

Many investors anticipate that Ethereum's price will press higher as this day approaches.

However, it has had a strong recovery after falling to $59 in recent days. Traders are eyeing $100 per token as the next major milestone, particularly in the wake of the announcement that the first Lightning Network transaction was successful.

Yesterday, it was Hollywood socialite Paris Hilton hawking an ICO. Today's dive into the unpredictable was the news that a political group backing Russian President Vladimir Putin is pressing for a "green cryptocurrency" project.

The All-Russia People's Front (ONF) is pressing for a cryptocurrency that will pay for environmental causes around the globe.

This is just the latest cryptocurrency that sounds too bizarre to exist. At Money Morning, we've compiled a list of cryptocurrencies so bizarre, you'll think we made them up. Check this out this surprising list, right here.

8411 Reads
These 3 High-Yield REITs Pay 8%, 10%, and 12% Dividends
REITs produce gobs of cash from rent and other fees generated from properties including office buildings, storage units, multifamily units, and more.