Digital currency prices today rebounded slightly after a big sell-off pummeled the markets over the weekend. An impending ban on local exchanges in China has many concerned that the crackdown will stifle demand in the world's second-largest economy.

Over the weekend, The Wall Street Journal reported that the People's Bank of China (PBOC) is scripting laws that would ban Bitcoin exchanges from operating within Chinese borders. 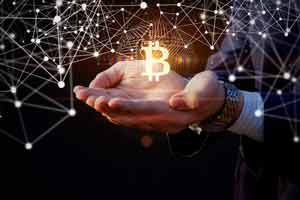 However, there is a silver lining from the report…

According to unnamed sources cited in the WSJ report, the country isn't going to ban over-the-country trading or peer-to-peer sharing of cryptocurrencies. Some suspect that China's decision to take aim at local exchanges is tied to the ongoing devaluation of the Yuan.

On Monday, the total market capitalization fell to $146.4 billion. Top performers from the largest 50 cryptocurrencies by market capitalization included DigiByte (up 18.1%), Syscoin (up 17.5%), Ark (up 13.9%), 0x (up 11.0%), and BitShares (up 10.3%). Ark generated the most buzz after the company behind the cryptocurrency announced a major milestone. The firm announced the first Delegated Proof-of-Stake (DPoS) token that can be integrated into a cryptocurrency hardware wallet.

Up Next: Ripple Prices Climb 6% Today Despite China's Push to Regulate

The Ethereum price fell as far as $275 over the weekend, but later pushed back into the $300 range.

Regulations of ICOs will continue to impact Ethereum in the short term.

China has taken an extreme stance against ICOs, while many other nations in recent weeks have called for intelligence regulations to protect potential investors without hurting innovation in the blockchain space.

Litecoin Prices Holding at $67.00 per Token

Litecoin was back in fifth place by market capitalization after gaining 8% on Monday. The price of the cryptocurrency fell sharply after hitting an all-time high of $92 last week.

Prices hovered around $67 today, which gave Litecoin a market capitalization of $3.5 billion. Chinese investors have been large buyers of Litecoin in the past, and increased risk of regulatory intervention in the markets is affecting optimism.