(Kitco News) – World stock markets were mostly firmer again overnight. Early this week has seen trader and investor risk appetite return to the world marketplace. U.S. stock indexes are pointed toward firmer openings when the New York day session begins. The U.S. stock indexes are at or near record highs. The world stock markets are so far "thumbing their noses" at what have been historically troublesome months of September and October.

News the United Nations Security Council late Monday imposed new sanctions on North Korea that were not as harsh as the U.S. wanted is being perceived as somewhat de-escalating the tensions between the U.S. and North Korea.

Gold prices are lower in pre-U.S.-session trading, on more profit taking and on the "risk-on" trader mentality in the marketplace early this week. 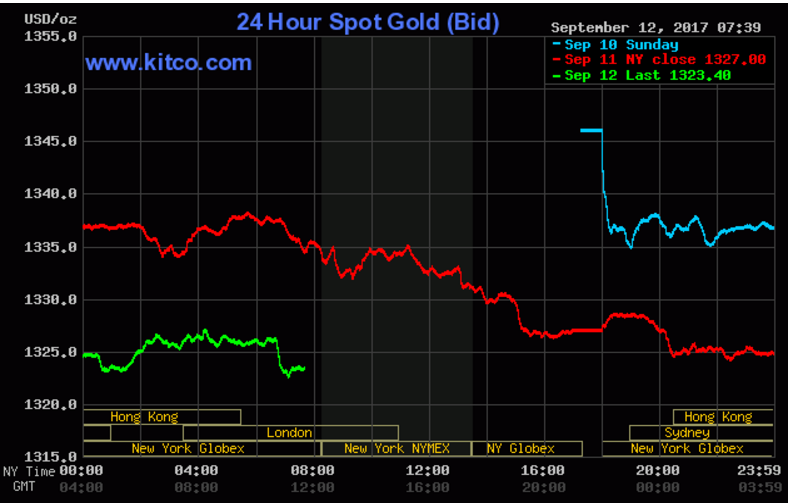 The key U.S. economic data point of the week is Thursday's consumer price index report for August. That report is expected to show a rise of 0.4%. Notions are growing that low inflation in the U.S. and the Euro zone will keep the Federal Reserve and European Central Bank from tightening their monetary policies as soon as they would like. However, recent economic data from China and the U.K. do point to a modest pick-up in inflation. On Tuesday the August producer price index in the U.K. was reported up 0.6% from July and up 2.9%, year-on-year.