The price of Ripple slid over 3% today as investors continue to monitor China's plans to ban local Bitcoin exchanges. Although the People's Bank of China (PBOC) has been focused on Bitcoin and ICOs, digital currency investors worry China could crack down on all cryptocurrencies. 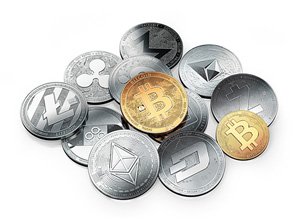 Also today, even more regulators around the globe chimed in with their views on ICOs. In England, the Financial Conduct Authority warned investors that they could lose all of their money investing in ICOs. The federal watchdog issued a stern warning advising investors to be wary of ICOs like the one recently promoted by Hollywood socialite Paris Hilton.

Below is a recap of the top cryptocurrency prices at 2:00 p.m. EDT.

On Tuesday, the total market capitalization increased to $147.9 billion.

Top performers from the largest 50 cryptocurrencies by market capitalization included Ark (up 24.7%), IOTA (up 16.7%), Bytecoin (up 14.9%), BitShares (up 9.7%), and OmiseGO (up 7.2%). Ark has been surging over the last two days after the company behind the cryptocurrency announced a major milestone. The firm announced the first delegated proof of stake (DPoS) token that can be integrated into a cryptocurrency hardware wallet.

The largest decliners over the last 24 hours included Syscoin (down 13.0%), DigiByte (down 3.1%), Byteball Bytes (down 2.8%), and Komodo (down 1.8%). Syscoin has been experiencing a correction since it experienced a sharp run up in recent weeks.

Bitcoin prices were ticking slightly higher as markets continue to monitor ongoing speculation that China will shut down and ban local Bitcoin exchanges.

Currently these exchanges are operating, but the People's Bank of China has reportedly said that regulators would take action. China's decision to ban the exchanges has been the subject of intense debate in recent days.

While the PBOC is reportedly concerned about financial risk and money laundering, some speculate that China is trying to prevent its citizens from offshoring capital at a time that its currency has faced significant pressure.

The Ethereum price was dipping more than 1.4%. The price followed Bitcoin and the broader market lower as investors worry about China's plans to ban local exchanges and ICOs.

Prices are hovering around $290 per coin. The total market capitalization on Tuesday dipped to $27.5 billion.

Bitcoin Cash Falling Towards $500 per Coin

Bitcoin Cash fell toward $500 per coin as traders worry about the broader impact of China's proposed ban on local exchanges.

While the 3.6% decline on the day is generating headlines, the big news on Tuesday comes from Vice. According to a report from Jordan Pearson, the hard fork of Bitcoin is causing chaos for many traders who received Bitcoin Cash after the former split into two currencies.

Vice reports that users of BCH have been sending their coins to Bitcoin addresses. The problem is that the two cryptocurrencies are incompatible, and the tokens sent are likely lost forever.

Litecoin remains under pressure after it was unable to reach the $80 level earlier this week. Litecoin recently hit $92 per coin, but it quickly slumped in the wake of China's threat to shut down exchanges. The price of Litecoin fell below $65 on Tuesday.

The total market capitalization hit $3.41 billion on the day.

Global cybersecurity firm FireEye issued a warning that North Korea has been targeting South Korean cryptocurrency exchanges with the intention of stealing money. FireEye reports that there have been three major attacks conducted by North Korean hackers on exchanges and service providers since May 2017.

The security giant and many analysts covering the sector anticipate increased attacks in the future. North Korean hackers don't appear interested in mining Bitcoin and other alternative coins. FireEye referred to North Korea as a "pariah nation" in its report and compared it to a criminal enterprise.

Up Next: A List of Cryptocurrencies So Bizarre You'll Think We Made Them Up