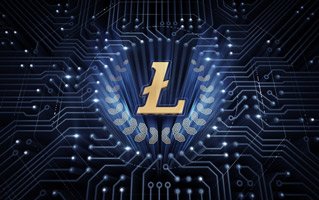 Below is a recap of the top cryptocurrency prices at 12:00 p.m. EDT

On Thursday, the total market capitalization of the entire cryptocurrency sector fell to $117.7 billion.

Bitcoin is also receiving negative press because of North Korean hackers. Earlier this week, the United Nations increased sanctions against the rogue state over its nuclear weapons program. These sanctions included the freezing of assets, an oil embargo, and tighter trade rules to force North Korea into stopping its missile tests.

But the North Koreans have been increasing their hacking attacks in order to steal Bitcoin and circumvent the sanctions.

The Ethereum price was rebounding on Friday and pushed toward $250 per unit.

The Chinese crackdown has dramatically affected initial coin offerings (ICOs), and investors are worrying about the long-lasting effects for Ethereum.

Ethereum and Bitcoin are the two main coins used to purchases ICOs.

Litecoin prices were floating in bearish territory Friday, as markets continue to adjust to "life after China."

Litecoin is sensitive to the Chinese markets, as it has been a widely held asset by investors in the country.

But digital currency advocate John McAfee shot back with a response. "You called Bitcoin a fraud," McAfee said yesterday. "I'm a Bitcoin miner. We create bitcoins. It costs over $1,000 per coin to create a bitcoin. What does it cost to create a U.S. dollar? Which one is the fraud? Because it costs whatever the paper costs, but it costs me and other miners over $1,000 per coin. It's called proof of work."