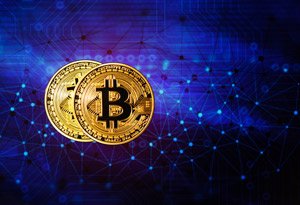 However, some investors are still worried about a major crackdown on Bitcoin. It's getting so bad that the Blockchain Global Summit, an event hosted by trading firm BitKan, has been relocated from Beijing to Hong Kong.

Below is a recap of the top cryptocurrency prices at 10:30 a.m. EDT.

Only two of the top 100 cryptocurrencies by market capitalization were in the red. Edgeless was off 13.3%, while OKCash fell more than 4%.

According to a report from NewsBTC, Edgeless investors have been susceptible to a scam involving workplace platform Slack. One investor lost 200 ethereum tokens as a result of the scam. This is one of the latest examples of the risks that investors take when investing in initial coin offerings.

Bitcoin Prices Surge 13% in a Day

The Bitcoin price rallied from $3,600 to $4,040 over the last 24 hours. Major buying markets – including Japan, China, the United States, and South Korea – all showed increased demand.

According to reports, traders have been purchasing cryptocurrencies at higher premiums and bolstered demand and prices in the Chinese market.

The Ethereum price was pushing back toward the $300 level thanks to a sharp uptick in demand from South Korea.

Many new investors saw the dip last week as a good opportunity to pour some money into the market. Volatility has been the hallmark of cryptocurrencies since their inception, and China remains a bearish factor across the board.

However, we anticipate that many Ethereum bulls will offer statements this week on the limited impact that China will play on the global market moving forward.

The price of Litecoin was back above $50 after a massive sell-off saw the price fall from a record $92 down to around $46 in less than two weeks.

The price is still trading below moving averages and has failed to benefit from recent sharp downturns in both Bitcoin and Bitcoin Cash.

China has dominated the headlines over the month of September after it initiated a series of restrictions on Bitcoin and the rest of the cryptocurrency markets.

Now, the Russian Central Bank is starting to take a restrictive tone with the cryptocurrency market. According to reports, Bank of Russia Governor Elvira Nabiullina spoke out against a new rule that would classify cryptocurrencies as a traditional financial instrument.

Nabiullina said that Russia's views on cryptocurrencies and initial coin offerings (ICOs) were in line with what China has said over the last month. "In our view, it's a sort of a financial pyramid that may collapse at any moment," she said.