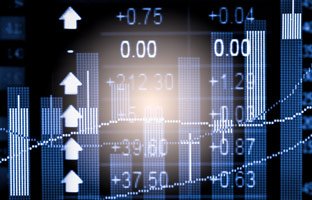 Stocks to Watch Now No. 1: Activision Blizzard Is Ready to Fill Arenas with Its Overwatch League

The Overwatch League is all set to debut at the end of this year.

Activision Blizzard Inc. (Nasdaq: ATVI) announced this week that teams based in Philadelphia, Houston, and Dallas have joined the nine franchises already established. The 12-team league will kick off preseason play in December, with regular season games beginning in January and running through June. A championship playoff tournament will follow in July.

E-sports competitions already fill arenas, such as the annual "League of Legends" tournament at Madison Square Garden or "Dota 2" championship at Seattle's KeyArena. But the Overwatch League will be the first professional e-sports league to feature city-based franchises like those of Major League Baseball and the National Football League. Team owners include executives from the New York Mets and the New England Patriots.

In addition to nine American teams, the league also features teams from London, Shanghai, and Seoul. As Activision adds new franchises in coming seasons, league commissioner Nate Nanzer says the primary focus will be on locations outside North America.

Activision is already one of our Money Morning Top 10 Outperformers since Money Morning Director of Technology & Venture Capital Research Michael Robinson recommended it to readers in October 2015. It's up over 100% since then.

For today's best way to capitalize on the e-sports boom, Michael has a different pick - one you probably wouldn't expect. Find out what it is here...

Stocks to Watch Now No. 2: Alphabet Steps Up Its Race to Catch Up with Apple's Smartphones

After a week of rumors, it was announced Thursday that Alphabet Inc. (Nasdaq: GOOGL) had purchased part of HTC Corp. for $1.1 billion.

Back in 2012, Alphabet (then known only as Google) purchased Motorola Mobility Inc. for $12.5 billion. The deal is widely considered a dud for Google. Two years later, it sold off the business for less than $3 billion.

While the Motorola deal was a new venture for the company at the time, Alphabet has now had its own line of Pixel phones for the past year. The HTC deal is apparently a move to keep that business running smoothly, as many HTC engineers have been involved in creating phone models for Pixel.

Our experts have recently been talking about this trend from both companies.

Looking forward to reading. Thanks