Digital currency prices were climbing higher Monday, and Litecoin prices today had some of the biggest gains at 7.99%. 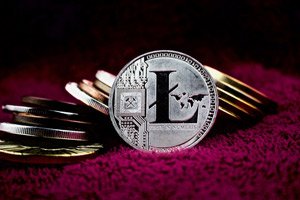 A Sept. 24, 2017, CoinTelegraph.com report revealed rumors were circulating that Amazon.com Inc. (Nasdaq: AMZN) may accept Bitcoin payments in October. The news helped prop up the price of Bitcoin, and Litecoin was the biggest gainer in the top cryptocurrencies by market cap.

Amazon has not confirmed the rumors.

Below is a recap of the top cryptocurrency prices at 3:00 p.m. EDT.

The worst performers from the top 50 largest cryptocurrencies by market capitalization included MCAP (down 8.72%), Iconomi (down 2.15%), and Tether (down 0.31%).

The Bitcoin price is still hovering under $4,000 as markets continue to monitor China's regulatory efforts to curb trading and offshoring of capital.

The South China Morning Post published a fascinating opinion piece this morning that speculated that the People's Bank of China may create its own sovereign digital currency. While the Chinese government pushed for the shutdown of Bitcoin exchanges across the country, its Ministry of Industry and Information Technology launched a "trusted blockchain alliance" to expedite a study on blockchain.

Last Tuesday, Financial News, a publication of the People's Bank of China, argued that China should "accelerate the process of launching a sovereign digital currency after it curbed risks of cryptocurrencies."

The Ethereum price was ticking toward $300, but challenges continue to mount for the second-largest token by market capitalization.

Since China banned initial coin offerings, roughly $1 billion has been returned to Chinese investors who put money into more than 40 projects.

Concerns are also mounting about Ethereum's planned improvement protocol, EIP 649. The upgrade is expected to reduce the amount of time that it takes to mine a single transaction block.

The migration "Byzantium" will shave about 10 seconds off the mining time. However, the network is going to lower the reward that miners receive per block in order to prevent any devaluation of the cryptocurrency.

Younger Americans are more likely to invest in and use Bitcoin. According to LendEDU, an online student loan marketplace, 78.6% have heard of Bitcoin.

In addition, more than half of American millennials plan to invest in Bitcoin in their lifetimes. The report also indicated that more than half of the respondents view Bitcoin as a safe storage of value and a safe-haven asset.