Ripple prices today jumped over 11% as the company announced yesterday it opened an office in Singapore. 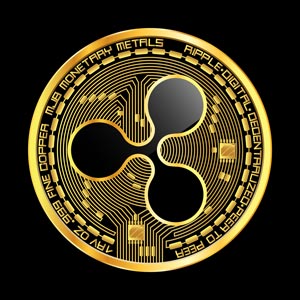 The small country provides significant access to the Asian markets and is a major financial hub for a firm looking to increase investors.

The country will consider using this currency in an effort to streamline its financial system ahead of the 2020 Summer Olympic Games.

Below is a recap of the top cryptocurrency prices at 11:30 a.m. EDT

On Wednesday, the market capitalization of the total cryptocurrency market jumped to $142.3 billion.

NEO continues to rally after falling below a market capitalization of $1 billion earlier this month.

The Bitcoin price was back above $4,000 thanks to increased volumes and optimism in the cryptocurrency industry.

According to Bloomberg, former Fortress Investment Group principal Mike Novogratz will invest $150 million of his own money and raise $350 million in outside money to invest in Bitcoin and Ethereum. "This is going to be the largest bubble of our lifetimes," Novogratz said in an interview. "Prices are going to get way ahead of where they should be. You can make a whole lot of money on the way up, and we plan on it," said Novogratz.

However, not everyone is so optimistic…

Some investors anticipate that we could see yet another hard fork for Bitcoin. The new fork would create yet another offspring, this time called Bitcoin Gold.

The Ethereum price ticked higher, but the second-largest cryptocurrency by market capitalization still hasn't been able to crack through $300 just yet.

Although markets are viewing China's crackdown as less significant than first thought, volumes have remained low due to a lack of catalysts in the market.

On Wednesday, Ethereum founder Vitalik Buterin released a new whitepaper with one of his developers that outlines how initial coin offerings (ICOs) can respond to the behavior of buyers in the market.

The proposed protocol aims to create an "equilibrium" between token sales that are capped and uncapped. The protocol would offer buyers the opportunity to withdraw their investment bids for new ICO tokens.

Yesterday, we noted that Ukraine's central bankers do not consider Bitcoin to be a currency because of the lack of a central issuer.

Today, we learned that its neighbor in Russia has an even worse outlook for the cryptocurrency.

Russian Minister of Economic Development Maksim Oreshkin said that "unqualified investors" have been purchasing Bitcoin and that it is dangerous for themselves and the markets.

Oreshkin went on to compare Bitcoin to the infamous Russian MMM Ponzi Scheme back in the 1990s.