Silver prices are poised to rally 30% to $22 per ounce by the end of the year, according to Money Morning Resource Specialist Peter Krauth. Considering that's only three months away, it is a bold prediction for the price of silver.

It's also an excellent profit opportunity if you invest in silver stocks. That's why we're bringing you our top silver stock to buy today...

Before we reveal our silver stock pick, here's why Krauth released such a bullish silver price forecast for the end of the year...

Why We're So Bullish on Silver Prices Before 2018 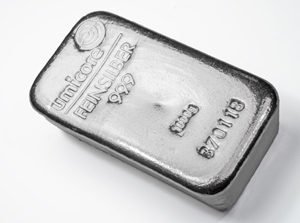 We must first warn you that Krauth is waiting for a short-term pullback for silver to run its course. Considering it ran higher by 20% between July's low through September's high, a correction is a healthy development here, and so far, his call is right on target.

The extent of silver's pullback will depend on the U.S. dollar's current rally. Considering speculators on U.S. dollar futures are very bearish, according to the latest Commitment of Traders report, the likelihood for a bounce is good.

This group of traders is often wrong when markets are about to make turns because they tend to get excited about the current trend. They go "all in" to follow that trend in both up markets and down markets. And now, since they are at their most bearish since 2014, it suggests that they have already made their bearish bets. That leaves little supply left to sell, and without supply, prices are always subject to a bounce on the slightest uptick in demand.

Krauth said he would not be surprised to see the dollar gain 1-3% before the current dollar bear market reasserts itself. For the dollar, that is a significant move.

But it pales in comparison to the overall bear market that the dollar has now been in for nearly the past year.

In the foreign exchange markets, each currency moves relative to all the others. The dollar can be weak against some currencies, such as the euro, and strong against others, such as the Japanese yen. However, we normally look at a basket of major currencies to judge whether the greenback is a hero or a goat.

Right now, we can see the euro, Canadian dollar, Australian dollar, British pound, and even the Mexican peso are all strong versus the U.S. dollar. Therefore, we can conclude that the dollar is the problem right now.

Since most commodities, including silver, are priced in U.S. dollars, a weak dollar translates into higher commodities prices if all other factors are held constant.

One ounce of silver now costs about $16.80 per ounce. If the dollar weakens, it will take more dollars to buy that same ounce. The price of silver effectively rises.

We think the best way to maximize gains from precious metals is not to buy silver coins, bars, or bags of coins, as you might see on current television advertising, but by owning silver mining stocks.

Buying silver mining stocks is the fastest way to make money on silver's price rise. Silver stocks come with additional market risk, but you are rewarded for taking that risk. Stocks move quicker than physical silver does.

But that's not our recommendation today; this silver mining stock is...