Specifically, Beijing's Commerce Ministry ordered all North Korean businesses in the country, including joint firms between the two nations, to shut down within the next 103 days. That puts the deadline at exactly 120 days after China's agreement to the Sept. 11 UN sanctions.

This measure will seriously reduce the foreign revenue available to North Korea. At the time the sanctions were made, Beijing had been reluctant to support them because it didn't - and likely still doesn't - want to strain North Korea's economy too hard; a collapse in dictator Kim Jong Un's government would result in a refugee rush over the countries' shared border. 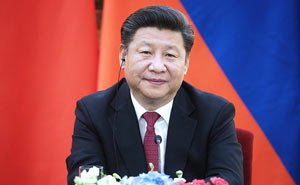 That's what makes the Red Dragon's mandate today so extraordinary - it's unequivocal evidence that China is on board with the rest of the world's plan to strain Pyongyang's economy in an effort to pressure the regime into stopping its weapons tests.

The fact that China has embraced this plan in spite of its fear of a refugee surge indicates that Beijing is finally seeing sanctions as a path to a diplomatic solution and not a regime change in Pyongyang.

In short, China's confidence in a diplomatic solution to the North Korea crisis is growing...

A top government representative of Beijing said just that in a press conference today...

Beijing's Foreign Ministry spokesman Lu Kang said, "We are opposed to any war on the Korean Peninsula," the BBC reported.

"Sanctions and the promoting of talks are both the requirements of the UN Security Council," he said. "We should not over-emphasize one aspect while ignoring the other."

This practical sentiment from China is sure to please President Trump, who has, in recent days, started showing signs of positivity over the dilemma - and toward China in particular.

On Sept. 22, he commended China for its move that day to prevent Beijing banks from transacting with institutions in Pyongyang.

"I want to just say, and thank President Xi of China for the very bold move he made today," Trump said that afternoon. "That was a somewhat unexpected move and we appreciate it."

Is this actually imminent, are we going to war with
CHINA ?