The Dow Jones today is falling in premarket hours despite U.S. President Donald Trump announcing a new plan to cut taxes for most Americans.

Dow futures are down 45 points as Wall Street watchers are skeptical Congress will be able to pass the law, just as a new Department of Labor report showed more unemployment claims than expected last month. 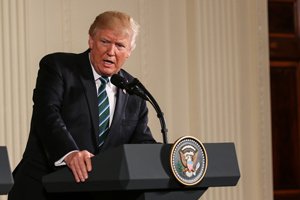 401(k)s will be driving the markets in the near term, but there's another retirement investment Keith Fitz-Gerald wants our Members to know about. It's one of his favorites, a kind of "desert island fund" he'd buy if he had to park his money in one place, "retire" from civilization for 20 years, and come back to a pile of money. Click here to learn more...

What do I do with this information? Am I supposed to invest in any of these? I am a novice at this and not qu its sure what I should be doing.