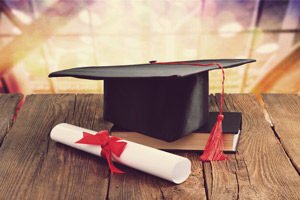 According to an Aug. 26 Rolling Stone report, Netflix Inc. (Nasdaq: NFLX) has created a line of cannabis to promote the streaming service's exclusive TV series, "Disjointed."

And last month, we showed you how winemakers in California are partnering with cannabis entrepreneurs to seamlessly blend the two industries into a profit-making empire.

Now, even major four-year universities are responding to the growing marijuana industry...

In other words, marijuana analysis.

The program was created to teach interested students the skills needed to compete in an emerging industry of the American economy: legal marijuana.

"The need for this is so great," said Brandon Canfield, associate chemistry professor at the university. "You go to some of these cannabis industry conferences and everyone is talking about how they need labs, they need labs," he said. "Or the bigger operations are trying to set up their own labs in-house and they need trained analysts."

Northern Michigan University is making sure its students can fill both voids.

"The skillset required to perform these analyses is perfectly matched with an undergraduate-level education," said Canfield.

The first-of-its-kind program will offer a range of courses, including chemistry, plant biology, and business entrepreneurship. The program will even feature a "research experience" course involving "experimental horticulture and instrumental analysis of natural products," according to CBS.

"I predict that the graduates from our program are going to have among the highest immediate job placement of any of our programs," Canfield said. "People are either going to go out and get jobs or they might go out and start their own business in the industry."

Millennials Are Struggling to Get Jobs

Nearly half of college grads are underemployed, according to a recent report by the New York Federal Reserve. This means roughly one out of every two graduates hold a position in which fewer than 50% of the workers in that job need a bachelor's degree. Even more worrisome, 19.3% of those underemployed grads find themselves in low-skilled jobs - including baristas, bartenders, and cashiers.

But the marijuana industry may offer a new opportunity for recent grads - if they have the right training.

With four new adult-use states and six newly approved medical programs introduced just in the last year, the industry (and its employees) will surely see a huge boon.

According to Marijuana Business Daily, there are already between 165,000 and 230,000 Americans working in the cannabis industry. That's more than the amount of dental hygienists and bakers in the entire country.

In fact, there will be more people selling, growing, modifying, and running experiments with marijuana than there will be plumbers or pharmacists by 2021.

Northern Michigan's new program shows that we're not the only ones who see the marijuana industry as a huge job creator in the near future. And as marijuana becomes more mainstream, the profit opportunities cannot be overlooked...

In other words, marijuana investing will be profitable for investors year after year.

We've already seen how impressive the gains can be. This time last year, Money Morning Director of Technology & Venture Capital Research Michael A. Robinson released his "weed investor's bible," The Roadmap to Marijuana Millions. At the time, it was packed with 30 of his absolute favorite - and most profitable - plays in the still-booming legal cannabis sector.

Since then, weed investing's only gotten "bigger, better, and more profitable," according to Michael.

But impressive gains like this are far from over.

Over the next 365 days, Michael sees four catalysts that are going to lead to even more profits for investors:

You can find all of the details in his updated Roadmap to Marijuana Millions. Learn how to get all of Michael's research and this unique "pot investment" plan, exclusively for Money Morning Members, here.

DO NOT SPEND 1 PENNY WITHOUT PLANNING ON GOING TO WORK STUDYING EVERY COMPANY YOUR THINKING ABOUT—'THOROUGHLY '. open an account with Schwab as they have the lowest cost per trade (4.95) ! They also deal internationally . Look at Canada – Washington St – Colorado- Nevada and California to be your leaders in this market ! Plan on spending a ton of time online doing research and take notes .Be careful of the pundunts because they are mostly out to get your money for themselves and lean to past performance touting the abilities to make huge money but penny stocks have a mind of their own right and can change drastically overnight . I have been working on my portfolio for 9 months built on the premise of what is going to happen in the future, not for today .Go to Vegas if you want to do that .Thats where the real money is going to be made !!!!! The really good news is that you can start with just a couple thousand dollars and build a portfolio that WILL make you a millionaire or better in just a couple of years ! I did just that and have 16 different pot stocks that could be rated Blue Chip returns in the coming year when Canada and California come fully online ! Good Luck !!!!!!!!!!! WC

LSU AG CENTER is near my home and nephew attends. Is GB SCIECES A GOOD RECOMMENDATION

Joy A. Miller
Have never bought a stock before in my life. But this data tells me it's time to take the plunge.
Where/How do I get prepared to make a purchase of marijuana stock?
I'm totally uneducated to the process but I am teachable.