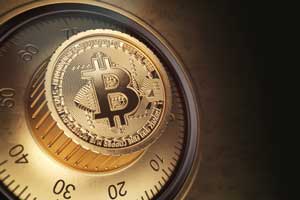 The country's Financial Services Commission said all virtual currencies need to be tightly controlled and monitored.

Below is a recap of the top cryptocurrency prices at 12:00 p.m. EDT.

How to Find the Best Bitcoin Exchange for You

How North Korea His Weaponized Bitcoin

Who Are the Richest Bitcoin Millionaires?

On Monday, the total market capitalization of the global cryptocurrency sector hit $148.3 billion.

Today's top performer in the cryptocurrency markets was Regalcoin, which popped more than 98% over the last 24 hours.

Bitcoin Prices Today Climb Back Above $4,400

The price of Bitcoin ticked above $4,400 on weak trading volumes Monday. The uptick has temporarily silenced critics of cryptocurrencies as traders continue to pile capital back into the markets.

Meanwhile, a slew of bullish Bitcoin supporters have rallied around the market to refute Jamie Dimon's criticism that Bitcoin is a "fraud."

The investment bank also projected that the total market capitalization of Bitcoin will hit $500 billion by that year. This would suggest - at this valuation - that the price of Bitcoin would rise to more than $30,000 per token.

The Ethereum price was holding the line near $300 as traders prepare for the upcoming Metropolis upgrade.

The first phase will take place this month with the official release of Byzantium.

While Ethereum has found itself in a holding pattern, investors were focusing more on NEO, which added 15% on the day. The so-called "Ethereum of China" has seen a steady recovery on Korean exchanges over the last month since the Chinese crackdown on the sector.

Markets are now looking at two bearish factors for Litecoin. Later this month, two of the largest exchanges that accommodate Litecoin trading - Huobi and OKCoin - are scheduled to shut down.

U.S. regulators are digging into the June flash crash of Ethereum.

On June 21, digital currency asset exchange GDAX experienced an unusual event where the Ethereum coin fell to $0.10 per token before a rapid recovery saw it jump back to more than $317 in just milliseconds.

The Commodities Futures Trading Commission (CFTC) is looking into whether leverage fueled the downturn, with some traders able to borrow capital and make larger bids on the cryptocurrency than is typically allowed.

It appears that a single $12.5 million trade spurred the massive sell-off.