Stocks to Watch Now No. 1: Ford's New Luxury Truck Comes with a High Price Tag – but the Stock Is Still a Bargain

We've liked Ford Motor Co. (NYSE: F) stock for a while. And after underperforming earlier in the year, Ford stock has gotten a nice bounce recently. It's up nearly 11% since Jim Hackett took over as CEO in late May.

Now there's another reason to buy…

Ford's premium pickup truck just became even more luxuriant. The 2018 Ford F-450 Super Duty Limited 4X4 will retail at as high as $94,455 for those who take all the options. And that's before taxes or title and registration fees. 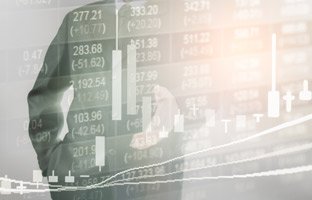 The F-450 already has a sticker price of $77,461, substantially higher than the average pickup. The new Super Duty model can tow more than 30,000 pounds and includes two-tone leather seats with heating and cooling as well as massage capability.

Pickup trucks and SUVs are Ford's top sellers. Overall sales in September rose 9% from a year earlier, a total of 221,643 vehicles.

When Money Morning Executive Editor Bill Patalon talked about Ford back in January, he was especially excited about Hackett's leadership of the new Smart Mobility unit. Now that Hackett is running the company, he's in charge of driving the 114-year-old automaker into the next generation. On Tuesday afternoon, he outlined his new strategic plan, which includes investing heavily in electric cars and slashing $14 billion in costs over the next five years.

Currently, Ford's price-to-earnings ratio is just under 13, and the yield is nearly 5%. In other words, while its new truck may come with a high price tag, the stock may be trading at a discount.

Stocks to Watch Now No. 2: As Aerojet Rocketdyne Continues to Soar, Its Team Earns Major Recognition

An engineer from one of our favorite aerospace plays was awarded one of NASA's highest honors on Sept. 21.

The Silver Snoopy Award is given by NASA astronauts to employees and contractors who have "significantly contributed to the human space flight program to ensure flight safety and mission success."

Eyeing 2022 for its first crewed mission, Orion could bring humans beyond Earth's orbit for the first time since the Apollo missions ended in the 1970s.

Alex Mathers, director of operations for the Redmond facility, was also nominated for the NASA Space Flight Awareness Management Award, in recognition of his leadership on the Orion program.

California-based Aerojet also just received approval on a project that will add 700 new jobs in Huntsville, Ala. The $27-million expansion project includes plans for a defense business headquarters, a rocket shop business unit, and an advanced manufacturing facility.

Aerojet is "front and center in what may be the most important defense niche," Kent said.