The marijuana industry is booming. 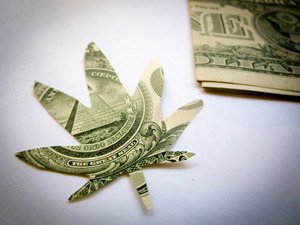 But with growth this rapid, there's bound to be more than a few marijuana stock investments that will be left behind.

In fact, the marijuana industry has been dubbed the "Wild West of investing" by the mainstream media. And despite the high returns, some investors are wondering if they should be investing in marijuana stocks at all.

That's because for every reputable, high-profit marijuana company out there, there are dozens more that are nothing but empty promises from hyped-up entrepreneurs.

But don't let fear keep you out of this remarkably profitable industry. If you know what to look for, you stand to make absolutely market-crushing gains as legal marijuana sweeps the nation.
Here's how you can avoid the headache and spot a pot stock scam in three easy ways…

So far, 29 states plus the District of Columbia have legalized marijuana in some form, but there are still states within the country that consider marijuana illegal in all forms.

Since laws vary from state to state, marijuana companies must ensure that they are in line with their state's specific laws regarding the production, distribution, and sale of marijuana. Otherwise, they could face strict penalties, and in some cases, they risk being shut down completely.

For now, investors should be wary of companies whose core operations or goals conflict with current laws in that state – even if that state has legal marijuana laws in place.

No. 2: Read the Company's SEC Filings, If Available

According to the Securities and Exchange Commission (SEC), "fraudsters often exploit the latest innovation, technology, product, or growth industry – in this case, marijuana – to lure investors."

So you should read the SEC Filings to ensure the company isn't trying to fool you.

Not all marijuana companies that are publicly traded file with the SEC, for myriad reasons.

But of the ones that do, you should read the reports and verify any information you have heard about the company, according to the Financial Industry Regulatory Authority. You should also keep an eye out for any recent SEC trading suspensions or false or exaggerated press releases.

However, it's important to note that just because a company has registered its securities or has filed reports with the SEC does not mean it will be a good investment – or the right fit for you.

Investors should be aware that not all financial information filed with the SEC is independently audited. Unaudited financials are just that-not reviewed by an independent third party.

So don't invest in a company unless you can verify its worth, to maximize your profits and cut out the fat.

No. 3: Research the Executives

One of the most telltale signs of a bad marijuana investment is inexperienced leadership.

We've seen this happen many times…

Thousands of investors got duped and bought in, but we told you right away to stay away from this one.

"I think we will see a continued stream of people getting into the marijuana space. You need to be careful to avoid the fast-buck artists that are out there," said Money Morning Director of Technology & Venture Capital Research Michael A. Robinson at the time. "You need to look for people who are seasoned in some investment space with some kind of track record. You're looking for solid managers with some kind of past track record of success."

The trick to finding great companies – and we mean really great, rock-solid, long-term growth companies – is to identify companies with great operations. Not socially-hyped ideas from rappers an ex-beauty queens.

The bottom line is, if you want to profit from the legal cannabis boon, you better know exactly how to separate the winners from the scams. While the profit potential in the cannabis game is large, if you're not careful, the risks are, too.

How to Identify a Pot Stock Winner

We call Michael A. Robinson our pot stock expert for a reason.

Michael's long been an investor in the legal cannabis space. And his track record is impressive.

We're not telling you this to brag. We're telling you this because in order to find the absolute best pot stocks to buy, he had to screen hundreds of companies using the same criteria we just showed you – and more.

"We need more people like you on the planet – keep up the incredible research you are doing – make it happen. My glass is always half full." ~ Calvin M.

And he's vetted the next generations of weed stocks that are poised to make marijuana investors rich.

Judging from the feedback we've received, he's already made a lot of investors very, very happy they invested in cannabis.

But he's not done with the marijuana sector – not even close…

In fact, he's now looking at four key events on the horizon that could lead to even more profits for investors.

They're all in his 89-page "bible of weed investing," The Roadmap to Marijuana Millions. And for a limited time, you can get all the details for free. Go here to find out how to reserve your copy today…

One of the reasons I invested in ParagonCoin is that I was thinking why would an artist risk his reputation? There's Snoop Dog affiliated with Kush (not to mention Whoopi,Montell Williams etc.) and that's doing well, so I thought the Game was trying to follow in Snoops footsteps and have an alternative way to make a living. I didn't invest much but that was my way of thinking. If this really is a scam then a lot of people will lose respect for this artist …..not that there was much there to begin with.

Too many pot stocks out there. I am very skeptical of most of them!