Litecoin prices today were flat as Malaysia's central bank announced it could ban cryptocurrencies by the end of the year. 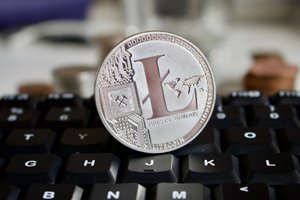 According to an Oct. 4, 2017, CoinDesk report, the governor of Malaysia's central bank, Kuala Lumpur, said he would not rule out banning all digital currencies before upcoming regulations.

"The guidelines that we will be issuing before the end of the year will address issues in terms of registering the players, collecting data, and ensuring that whatever they do will be transparent," Lumpur said, according to the Oct. 4 CoinDesk report.

Below is a recap of the top cryptocurrency prices at 4:00 p.m. EDT

On Thursday, the total market capitalization of the global cryptocurrency sector hit $146.4 billion.

Today, markets were reacting to news that China's press agency, Xinhua, suggested that government officials could alter their stance on cryptocurrencies in the future. Although Xinhua had previously called for "iron fist" governance on the Bitcoin market, it also suggested a future where official licensed Bitcoin exchanges were in operation.

The Ethereum price was still below $300 on Thursday as traders continue to wait for platform upgrades to improve processing and transaction power.

The company has scheduled the first phase of its Metropolis protocol upgrade for Oct. 17. Known as "Byzantium," this first step could help push the price back above $300 and on pace back toward record highs.

Brilliant: Amazon Petition to Accept Litecoin and Bitcoin Now Has Over 10,000 Signatures

The price of Ripple jumped again by double digits thanks to increased trading volume on South Korean exchanges.

The coin has been on a serious run in recent trading days after the firm behind it announced that its "Swell" conference is slated for mid-October in Toronto, Ontario.

Ripple's gains have given it a strong hold on third place by market capitalization. Bitcoin Cash - previously the third-largest crypto coin - has slide toward the $350 level in recent days.

But this time, the altcoin market might have just stepped into a major event. A new coin is calling itself the "new ERC20 Bitcoin," and its price has exploded by more than 330% since its release on Monday.

What makes this so special: Well, the coin is billing itself as a tokenized version of Bitcoin on the Ethereum blockchain.