Ripple prices have been climbing this past week as growing excitement surrounds Ripple's "Swell" conference in Canada on Oct. 16, 2017.

In a Quora question-and-answer session on Oct. 3, a user asked Ripple CEO Brad Garlinghouse if there would be any "significant announcements" during the event. 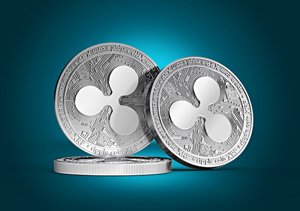 Garlinghouse said there would be, and that the event could be live-streamed on Ripple's website.

Below is a recap of the top cryptocurrency prices at 12:30 p.m. EDT.

On Friday, the total market capitalization of the global cryptocurrency sector rose to $147.9 billion

Bitcoin prices pushed toward $4,400 per token as traders continue to monitor the development of SegWit2x. This morning, Bitfinex announced that it was creating another pair of tokens that allows users to bet on the potential split of the Bitcoin blockchain when the protocol is implemented in November.

Meanwhile, Bitcoin.org is planning to denounce SegWit2x next Wednesday at noon.

The company will post a banner on every one of its webpages warning readers about the risks associated with the controversial hard fork.

The company is also planning on listing all of the companies that are supporting S2X. The company warned that "S2X claims to have replay protection, but their version requires extra manual steps in order to prevent loss of BTC. If you use S2X software without careful engineering, you are likely to lose any associated BTC."

The Ethereum price topped $300 on Friday thanks to increased buying in the Korean markets.

The price followed Bitcoin higher and broke through the key psychological barrier after a week of trading in a range between $280 and $300.

Singapore's central bank is the latest to announce plans to regulate the cryptocurrency sector.

The Monetary Authority of Singapore issued a statement saying that it was considering a framework to target Bitcoin payments and initial coin offerings.

"Virtual currencies can go beyond being a means of payment, and evolve into 'second generation' tokens representing benefits such as ownership in assets, like a share or bond certificate," said Tharman Shanmugaratnam, the deputy prime minister of Singapore.