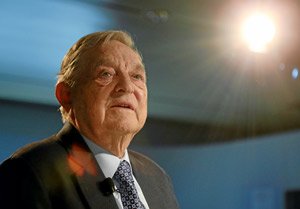 The richest people in America don't work for their money.

They invest and make their money work for them.

Almost a quarter of the people on the Forbes list of richest Americans amassed their wealth from the investment and finance industry.

Some made their fortune from investment enterprises; others from the trading floors of Wall Street.

Regardless of the method, each of these investors is sitting on billions of dollars in wealth today.

Here are the five richest investors of 2017…

American businessman Carl Icahn lined his pockets by buying large stakes in companies, and then strategically influencing the company's decisions to increase its shareholder value.

Then, in the 80s, Icahn became a pioneer of what is now called "corporate raiding." This term describes a period when raiders bought companies by acquiring large stakes in their corporations, achieving out-sized control, and using their shareholder rights to drastically manipulate the company's executive and leadership decisions – making huge profits along the way.

Now, Icahn is investing in hot technology companies – specifically Netflix Inc. (Nasdaq: NFLX) and Apple Inc. (Nasdaq: AAPL). He currently owns a 10% stake in Netflix, bought half a billion in Apple shares in 2014, and recently invested in both PayPal Holdings Inc. (Nasdaq: PYPL) and Lyft.

Dalio began his career as an investor on the floor of the New York Stock Exchange, focusing on commodity futures.

Today, he's the founder of Bridgewater Associates LP, which he developed from his apartment in New York City in 1975. Bridgewater grew to become one of the largest hedge funds in the world, managing over $160 billion in assets.

James Simons is not only a renowned hedge fund manager, but also an expert mathematician and philanthropist.

He's recognized as a quantitative investor – someone who uses computer-based models to determine whether an investment is attractive. Quants are like the "rocket scientists" of investing – they apply advanced mathematics like stochastic calculus, linear algebra, differential equations, and statistics to Wall Street's data-rich environment.

Simons is also well-known for founding and managing Renaissance Technologies LLC, a private firm based in New York City.

George Soros is worth over $25.5 billion – making him one of the 30 richest people in the world.

Soros' fortune stems from Soros Fund Management, which he founded in 1969. Today, Soros Fund Management deals with multibillion-dollar funds involved in international investments.
The Hungarian-American is often a figure of controversy as a staunch supporter of the Democratic Party. In fact, just last month, a petition was filed calling for the White House to label the billionaire a terrorist due to his politically-motivated spending habits.

"For over 60 years, I've been able to tap dance to work, doing what I love doing," Warren Buffett said in an HBO documentary earlier this year. "I just feel very, very lucky." In fact, he says he "won the ovarian lottery."

While luck may have contributed to his success, his lifelong investment decisions certainly played a crucial role. After all, Buffett started investing at the young age of 11.

At the age of 87, Warren Buffett is both the richest and oldest name on the list, with his net worth nearly $76.9 billion – over three times that of George Soros.

What do billionaires Warren Buffett, President Trump, and a retired cop from Northridge have in common? They've all benefitted enormously from a curious Great Depression-era "program." And even though most have no idea this exists, it could be worth $68,870 or more to the average American.