The truth is, the GOP's sweeping plan to overhaul the U.S. tax code – the plan to create jobs and lighten the tax burden on America's wage-earning workers – is insulting.

That's because the justification for the cuts is based on hoary, old, fake tax policy narratives like: "Higher taxes on the rich hurt the economy," and "tax cuts for the rich trickle down," or "U.S. corporate taxes are the highest in the world," and "lowering taxes will bring outsourced jobs back home."

Besides being fake, nothing in any of these narratives addresses the new American economy, where more income is earned by companies and wealthy individuals through capital than through labor.

When you understand that, you'll see why income and wealth gaps are increasing all over the United States.

What's more, you'll see that the real, workable solution is in fact a few simple tax and tax-cutting ideas that actually spread the wealth.

It's All About Where Your Bread Is Buttered

A study by the non-partisan Tax Policy Center in 2012 found that the higher up you go on the income ladder, the more one's share of income comes from capital gains. 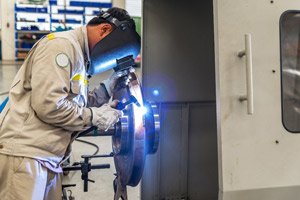 For about 99% of taxpayers making less than $500,000, salaries and wages accounted for at least 75% of adjusted gross income.

For taxpayers making $500,000 to $1 million, salaries and wages made up about half of earnings.

But for individuals making $10 million or more, salaries and wages account for about 15% of income, with capital gains making up a whopping half of their earnings.

Remember, there's no capital gains tax due on investments like stock holdings until they're sold for a profit.

Capital Gains: Shah Gilani's readers have had the opportunity to make a 44% average gain per day (including partial closeouts). Just look at this track record…

Then there's capital itself. Corporations, pass-through entities like partnerships and LLCs, and individuals who have capital, or anyone who can borrow capital and write off the cost of that capital, can employ that capital in innumerable ways. They'll not only not pay tax on it, but they can shelter income derived from it for years, if not forever.

The problem for average wage earners is the percentage of tax they pay (and what it costs to live) leaves them no capital with which to capitalize income shelters or make significant enough capital investments that generate wealth they don't have to pay taxes on.

To Public Servant –
you missed the point of the article, which was merely a suggestion that we reconsider our social policy of taxing an individual's income derived from his personal labor at a higher rate than we tax the income from the passive investments where the wealthy stow their money. I don't complain that my capital gains are taxed… It takes a lot of money to build roads, maintain a police force to ensure domestic security and tranquility, and armed services to protect us from unrestrained idiots like Putin and Kim, and capital gains are "easy money"… but i sure hate it that the taxman takes 30% of the paltry few dollars I get from working a 50 hour week!.

I think Shah also skipped over an important consideration – the "Golden Rule." Remember that? THOSE WITH THE GOLD MAKE THE RULES. Although Shah had great ideas, I see little chance of changing the basic philosophy of taxation when it is the people who own most of the capital who are writing our tax code.

If you believe that the wealthy take more than their fair share (selfish) leaving the least wealthy deprived, then you need to reexamine your basic premise.

Money is created by adding value. Those wealthy people are wealthy because they added more value. Their wealth also adds oppurtunities for others. You see, the wealthy don't consume much more that anybody else. They don't hoard it under the bed either. The deposit it and it becomes capital essential for growth. It builds office buildings, factories, etc. that provide jobs.

Lower taxes can make a difference on a companies decision to outsource. Excessive regulations and laws pushing up labor costs are the real cause, however.

Labor and capital have value. Displacing workers leaves a new resource of labor for new ventures. Basic law of economics. The bigger the labor force, the more robust economy.

To take from the wealthy in a greater rate is saying that you are not allowed to excel too much. It's not quite to the level of collectivism, but we are getting closer. What does that do for our individual god given rights to liberty and the pursuit of happiness?

With Goldman Sachs people in charge of tax policy. Gary Cohn … Steve Mnuchin … what else would we expect?

But this misses the most essential point. The government is on tilt, spending far more than it takes in in taxes. We're focused on the wrong thing here … trying to make the tax system "fairer." Taxing capital isn't fair. Taxing income isn't fair. The only thing that's remotely fair are user fees we pay for the crappy government "services" we receive, and those provide trifling amounts of revenue in comparison.

Our focus should be on restoring constitutionally limited government, which would involve massively cutting government spending far below the level of current tax receipts. Then we could REALLY cut taxes.

Will massive cuts ever be made when the sociopaths in DC can't even make minor cuts to projected increases? Of course not, but the last thing we should be doing is figuring out ways to more efficiently feed the beast or calculating how to make sure people get victimized more fairly by the system.

The government is a parasite that's sucking the life out of the people. We need to starve it.

* I made the assumption the new "postcard proposal" would not change taxable amounts of 2016 wages and compensation.

Thank you for reading my figured writing.

Thank you for your honesty and excellent analysis. It is so refreshing to have some straight talk instead of the partisan soundbite b.s. we normally hear.

Let's have a "net worth tax" on those who have prospered in our capitalistic economy without putting much labor into their creation of wealth. Have a $500,000 exemption with a 10% tax on a person's net worth above that amount. Allocate the income to an amortization of the national debt until it is paid off. If a person's net worth declines year to year they don't pay again until unless their net worth against exceeds the amount they previously paid tax on. It it increases they only pay on the increase. 10% would not cause anyone hardship and would create more jobs and income for CPAs, accountants, auctioneers, liquidators, and those who earn commission income from the dpurchase and sale of capital – machinery, land, stocks, bonds, etc. that would increase the gross nat'l product and increase income tax revenue. Seems good for everyone and if a taxpayer has made their millions in our wonderful country and capitalistic system, they should help pay off the national debt by paying some back!

HEY, MR. GILANI.
You are cute with your teasers for TAX Postcards! Hahahaha! Well, first off, I got the second written apology of "my life" from the IRS. In # 1, they apologized for the security breaches in Virginia in '05. And this year, they apologized, because I alerted them to all of the potential hacks, and my lawyer wasn't quite savvy enough to "save the Nation" before Equifax compromised 50% of the US… as a baseline. (I was a coder in the Military.)
Oh Yeah, I'll bet he wishes he had blown that whistle. Alabama n.o.w. has mud on the face & name forever. The IRS actually apologized for not listening, & hoped that they "hadn't caused inconvenience"… which of course, they did. FYI: After the hacks, "i.t." was revealed that the National Debt is negative 500% GDP. That is the "bond" balance spread "sheet" that they will unwind, December 8. That means they can't afford the National Sainted Immaculate Concept. & the Basilica, also celebrated on that day. So can I move in? And how about that belated hero's medal?