The Dow Jones today is expected to recover from its one-point loss last Friday, even as tensions between the United States and North Korea escalate...

Dow futures are up 42 points this morning as U.S. markets are open during the Columbus Day holiday. Banks and bond markets will be closed across the country, but stock markets will likely focus on international events as the Dow hovers near all-time highs. Here's how to profit from rising tensions, even if it rattles the markets... 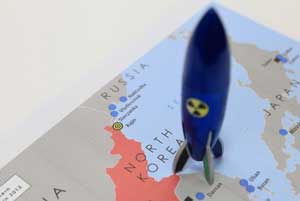 The Drone Crazy Could Quadruple Your Money