If recreational marijuana in Arizona is legalized in 2018, it could eventually turn into a $1 billion boon for the Copper State…

We only have to look to Colorado to see how legal marijuana has increased statewide revenue. Colorado legalized recreational cannabis in 2012, and the state's 2016 tax revenue from cannabis sales reached $1.3 billion last year. Arizona has 1.4 million more residents than Colorado, so the legal Arizona cannabis market could generate even more sales. 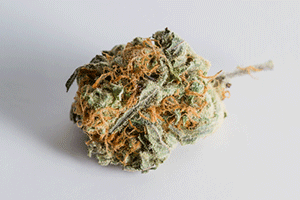 If Arizona can reach $1 billion in sales like Colorado and follow a similar taxation plan, the state could net $200 million in tax revenue.

However, state and local governments aren't the only ones who can cash in…

If Arizona legalizes recreational marijuana, forward-thinking investors can make quadruple-digit returns. Already, some of our readers have netted profits of 1,000% thanks to Money Morning Director of Technology & Venture Capital Research Michael A. Robinson.

We're going to show you how to cash in on the $6.7 billion legal North American weed industry so you could have the same profit opportunity.

But before we do, we want to make sure Money Morning readers know the most important details about the initiative to legalize marijuana in Arizona in 2018…

Recreational Marijuana Legalization Is Still in the Early Stages in Arizona

Medical marijuana has been legal in Arizona since 2013, and voters had the chance to legalize recreational cannabis in November 2016.

Under Proposition 205, all cannabis use in Arizona would have been completely legal for people 21 and older.

The proposition received high-profile endorsements for legalization from actress Susan Sarandon and former NFL player Jim McMahon, but Prop 205 failed by a slim margin. Out of the 2.6 million voters, 51% of residents voted against recreational cannabis legalization.

But pro-marijuana supporters haven't given up…

There are three movements right now to legalize recreational marijuana in Arizona, according to BallotPedia.com.

Now, there are reasons why all three of these movements may never receive the 150,642 valid signatures to qualify for a ballot spot unless they are altered.

Second, the Arizona Marijuana Legalization and Regulation Ban Initiative calls for no government taxing or regulation of marijuana. Even states that have legalized marijuana for recreational use still regulate it by issuing licenses and collecting taxes.

The third plan, the Arizona Marijuana Legalization Initiative, would also need to be altered, as it would allow marijuana growers and sellers to operate next to schools. In 2012, former U.S. Attorney John Walsh ordered 23 dispensaries in Colorado operating near schools to shut down within 45 days or face criminal prosecution, according to ChalkBeat.org.

Now, there are still nine months for the committees behind these proposal to make concessions or for new initiatives to be proposed.

All of the valid signatures for the 2018 election are needed by July 5, 2018. And to keep our readers up to date as new developments in Arizona's marijuana legalization unfold, all of the members of our Profit Alerts service will receive free updates directly to their inbox.

But whether Arizona fully legalizes marijuana or not, investors can still get in early on cannabis and profit from the legalization movement.

After nine months of exhaustive research, we've found the best, most lucrative, and fastest-growing legal pot stocks in America. They're all in our 89-page "bible of weed investing," The Roadmap to Marijuana Millions.

And for a limited time, you can get all the details for free…

How to Stake Your Claim in the Growing $6.7 Billion Marijuana Industry