Gold prices are higher and once again closing in on the psychologically important $1,300.00 level. Safe-haven demand and short covering are featured in gold and silver markets early this week.

The European Union is worried and its stock markets are shaky regarding Catalonia possibly seceding from Spain. The Catalan regional president is scheduled to give a speech Tuesday, in which he may announce his intention to separate Catalonia from Spain. 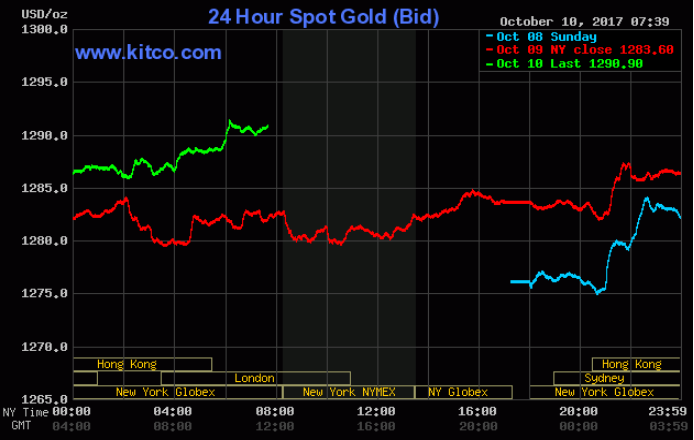 The U.S. dollar index is lower again in early U.S. trading, on a corrective pullback from recent gains. The other key outside market on Tuesday morning sees Nymex crude oil futures prices higher and just above the key $50.00 level. Reports said Saudi Arabia plans to cut its crude oil exports in November.

Traders and investors are looking ahead to what is arguably the most important U.S. data point of the week: Wednesday afternoon's minutes from the latest FOMC meeting. Most of the marketplace now expects the Federal Reserve to raise interest rates by 0.25% at the December FOMC meeting.

I think pricing of gold will continue to be a bone of contention between masses and governments – represented by central banks worldwide.