Eager investors have been waiting for a Lyft IPO date announcement, and it looks like the transportation disruptor is taking concrete steps to make a public offering in 2018.

Lyft is close to hiring an IPO advisory firm, according to a Sept. 28, 2017, Reuters report. 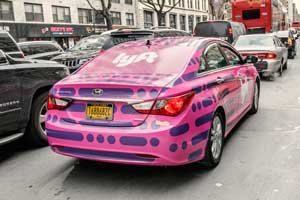 The IPO advisor will select underwriters for the Lyft IPO. The underwriters determine the offering price of a new stock and try to sell the stock to hedge funds and large institutions before the stock is made available to the public.

The underwriter receives a fee for their services, which is usually 3% to 7% of the amount of capital being raised, according to InvestingAnswers.com.

Lyft is finished with the interviews for the advisory firm and will pick one shortly, according to the same Reuters report.

However, the advisory firm may have a hard time finding an underwriter…

Finding an Advisor Before the Lyft IPO Date May Prove Troublesome

However, both banks may not want to work with Lyft…

If either Morgan Stanley or Goldman helps Lyft go public, they could risk the opportunity to take Uber public. The new Uber CEO, Dara Khosrowshahi, wants to take his company public between 2019 and 2021, and he may not want to work with a bank that supported its biggest rival.

Lyft has a $7.5 billion valuation and Uber is valued at $68 billion, so there may be more demand for Uber stock because of its higher valuation.

The underwriter could raise more capital for the Uber IPO and make more from fees.

But we aren't concerned with how much the underwriters will make. We want our readers to know whether their hard-earned money should be used to buy Lyft stock.

Read This Now Before You Buy Lyft Stock