The Dow Jones Industrial Average today is trending up after closing down 12 points yesterday, but instability in Europe could threaten gains…

Dow futures are up 43 points this morning, but violence in Catalonia over its secession vote coupled with a stalemate in Brexit talks could lead to uncertainty in the markets. Fortunately, investors can still protect themselves through our profit plays in the Unstoppable Trends… 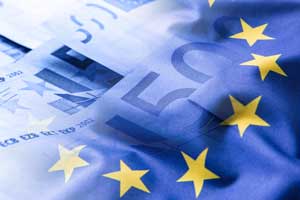 Get In on the Drone Craze Now, Sales Could Quadruple