The oil price news gave traders mixed signals this week, with both bearish and bullish indicators. Despite this week's news, we're still expecting oil prices to rise 14% by the end of the year... 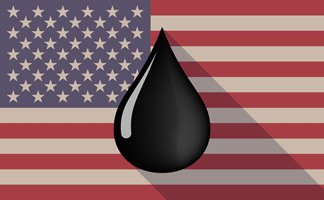 First, on Wednesday (Oct. 11), OPEC reported oil production among member countries rose by 90,000 barrels in September. That jump in oil production has traders concerned that the oil cartel is struggling to maintain its production cap. The production cap started in November 2016 and was renewed in May 2017.

The biggest reason oil prices have been volatile this week is that traders are overreacting to short-term data. But our readers know this short-term data doesn't mean much.

You see, crude oil prices are headed even higher before 2018, and we have three reasons why...

The EIA, IEA, and OPEC all agree that global oil demand is growing. The EIA says global demand for energy will rise 25% by 2040, and oil is necessary for meeting that demand.

In fact, the IEA just reported that Chinese oil demand alone will grow to half a million barrels a day by the end of the year.

Second, OPEC and Russia will extend their production cuts in 2018.

Top Story: American Oil Just Upset the World Order and No One Noticed

And despite last month's jump in oil production, the compliance with the deal reached a 95% compliance level in May. That's a big reason oil prices have rallied from a 2017 low of $42.49.

Because shale oil is more expensive to extract - breakeven prices can be as high as $70 a barrel - rising oil prices lead to more American oil production. That OPEC's deal reduces oil supply to boost the price of oil, only to have American oil companies begin pumping more oil to take advantage of the higher price, is a puzzle for oil traders.

"Restraint has taken over the oil patch," Moors said.

Now, that doesn't mean U.S. producers aren't going to take advantage of higher prices. Moors says that will keep oil from skyrocketing to $100 a barrel anytime soon. But American producers are better matching supply to demand instead of flooding the market with oil and crashing the price. 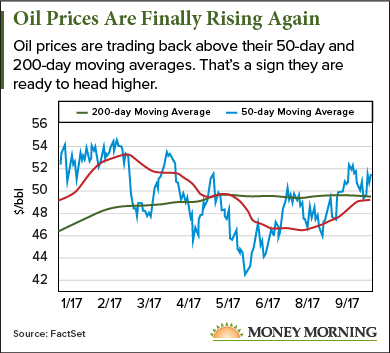 But oil production isn't going to rise nearly that dramatically again. U.S. production is up just 4.3% this year, and the EIA is forecasting a modest 5% growth in 2018.

That's why Moors is expecting oil prices to rise to a range of $55 to $57 a barrel by the end of the year.

And that's great news for investors...

You just need to know which companies to own, and Moors has found the right oil stocks that can generate unimaginable wealth...