The plans for Amazon's second headquarters were recently announced, and cities across North America are preparing their bids. And we've narrowed down the list of the seven most likely destinations… 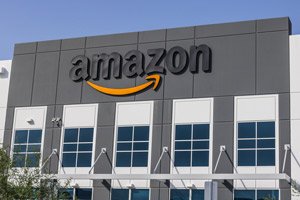 According to the announcement, Amazon.com Inc. (Nasdaq: AMZN) will invest more than $5 billion into local construction. Its development will aim to support up to 50,000 new, high-paying jobs. The firm said the new location will rival its sprawling corporate campus in Seattle, Wash.

Following the announcement, local governments across North America prepared their pitches to the world's largest e-commerce company. Cities will have until Thursday, Oct. 19, to turn in their proposals.

Double Your Money on Amazon This Year: The biggest opportunities to make money on Amazon are in Q4. In other words, right now. Don’t miss a single one; get every Amazon profit play straight to your inbox in real time. This is a complimentary service for Money Morning readers. Sign up now – the next moneymaking move will be on Oct. 26.

Should the firm choose your city to house Amazon HQ2, it would generate a massive economic boon almost instantly. The decision will have a ripple affect across local housing markets, small businesses, and tax-funded programs.

Dozens of cities will make a pitch this week. However, just a handful of cities have the infrastructure, human capital, and other attributes sought by Amazon.

After evaluating economic analyses of Amazon's needs, I believe the e-commerce giant will select one of these seven cities as the hub for Amazon HQ2…

Amazon's Second Headquarters Has a Short, but Demanding, Wish List

Amazon announced its plans for a second headquarters in a press release in September.

At the time, the firm had four "must haves" and proposed three types of campuses.

Amazon's second headquarters requires the following, according to its initial statement:

The company said the new location could be an urban or downtown campus, a similar layout to Amazon's Seattle campus, or a development-prepped site.

Amazon also said it wanted to "encourage states and communities to think creatively for viable real estate options, while not negatively." For the city, its workers, the tax base, and Amazon, the decision must truly be win-win-win-win.

But Amazon is going to need more than an educated workforce and access to real estate.

The infrastructure and human capital requirements will limit the pool of potential candidates. The company will also require access to developed logistics networks, including international airports, traffic-free railways, and even waterways for shipping.

It will also seek to establish itself in a city from which it can wield strong political influence and become a top attraction for MBA graduates and top corporate talent.

Given these additional factors, these cities offer the best case moving forward:

The city is nearby to Emory University and Georgia Tech. It also has a robust technology community and can poach logistical talent from shipping giant United Parcel Service Inc. (NYSE: UPS).

A move to Atlanta would suggest Amazon is keen on expanding its logistics practice to compete with UPS and FedEx Corp. (NYSE: FDX). With one of the busiest airports in the world and the hub of Delta Air Lines Inc. (NYSE: DAL) nearby, Atlanta is within two hours flying distance of 80% of the U.S. population.

Amazon has generated a lot of buzz around Austin, and it has little to do with the running for second headquarters. The company recently purchased Austin-based Whole Foods Market Inc. for $13.7 billion. The deal made Amazon an immediate leader in the U.S. grocery space.

But Austin offers a lot more than organic foods and salad bars. The capital of Texas is a growing economic powerhouse in what is widely considered to be the nation's most business-friendly state.

While the cost of living in Austin is much higher than Atlanta, the city held an edge in quality of life, business environment, and transportation. The company has also become a major center for tech talent.

While Chicago is one of the most heavily taxed states in the country for residents, it is surprisingly a business-friendly environment. The city also has developed one of the deepest benches of technology talent over the last decade.

Chicago is a centrally located city with two major international airports, a robust rail system, and one of the largest financial hubs in the nation. The sprawling city also provides Amazon with dozens of potential locations for a new campus. It could choose a lakefront campus to rival the numerous universities across the city, a massive industrial complex near the airports, or a former industrial park from the early 20th century that tiptoes the expansive rail network around the city.

Moody's ranked Philadelphia third overall in its rankings of possible locations for Amazon HQ2. While the city lags Atlanta in business environment and quality of life, it makes up a lot of ground with one important factor: its location.

Philadelphia is centrally located between New York City and Washington, D.C. The company also will entrench itself in an attractive city full of reputable universities, including one of the top business programs, The Wharton School at University of Pennsylvania.

The Baltimore/Washington corridor didn't even appear on Moody's top 10 rankings. Neither did other popular destinations like San Jose or San Francisco, Calif.

What the Baltimore and Washington areas offer is something that no other cities can provide: direct access to power in the nation's capital.

But Washington, D.C., is also an especially interesting region given its three international airports, direct link of railway systems along the East Coast, and access to the most educated workforce in the country.

Amazon has become the top destination for MBA graduates from top-tier programs over the last few years. The temptation of six-figure salaries and the firm's ongoing domination of new sectors continues to draw innovators and entrepreneurs to Seattle.

Although Massachusetts is a high-tax state, the city of Boston has made economic development a priority. It recently poached General Electric from the state of Connecticut. The city is a hub of innovation, and its nearby towns host large campuses for numerous Fortune 500 companies including GE, Intel Corp., and Hewlett-Packard Enterprise Co.

While those six cities can all stake a claim to Amazon's second headquarters, this next city shouldn't be ruled out. You see, it offers something no other city on this list can provide…

Detroit is also putting in a bid.

Amazon should consider to built their 2nd headquarters in Port St Lucie, Florida, due to the growth of people of moving into this area. Also we have an aiport which flying jets come in and out every day. This would benefit Amazon, cause of the waterways which we have, and the rail system in place. All three factors in which they are looking for, we have.